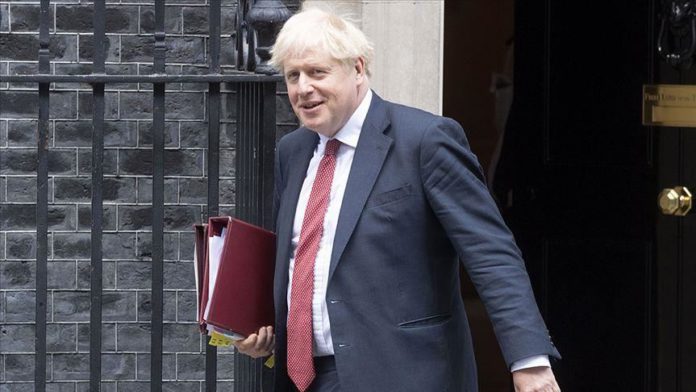 The eighth round of negotiations between the UK and EU for a post-Brexit trade deal began on Tuesday amid fears of a no-deal Brexit.

In a statement yesterday, British Prime Minister Boris Johnson set a deadline of Oct. 15 for a deal.

“There is no sense in thinking about timelines that go beyond that point,” he said. “If we can’t agree by then, then I do not see that there will be a free trade agreement between us, and we should both accept that and move on.”

He added: “We will then have a trading arrangement with the EU like Australia’s.”

The EU and Australia do not have a free trade agreement, and so what Johnson is referring to is essentially a no-deal Brexit.

A no-deal Brexit means the UK will trade with the EU on World Trade Organization terms, with tariffs placed on British goods entering the EU.

On this Australia/no-deal Brexit outcome, Johnson said: “I want to be absolutely clear that, as we have said right from the start, that would be a good outcome for the UK.”

He said Britain had been preparing for such an outcome and would “prosper mightily as a result.”

He left the door open for a deal, however, saying: “There is still an agreement to be had. We will continue to work hard in September to achieve it. It is one based on our reasonable proposal for a standard free trade agreement like the one the EU has agreed with Canada and so many others. Even at this late stage, if the EU are ready to rethink their current positions and agree this I will be delighted. But we cannot and will not compromise on the fundamentals of what it means to be an independent country to get it.”

Johnson’s comments were not welcomed by British business leaders.

“Amid all the noise and negotiations, businesses in the UK and EU remain clear – a good deal is essential. An agreement will be the foundation for post-Covid recovery across the continent,” Josh Hardie, deputy director general of the Confederation of Business Industry, was quoted as saying by the Guardian.

“Getting a deal requires political leadership and compromise from both sides. That is needed urgently in the coming weeks,” he added.

According to the Guardian, Ian Wright, chief executive of the Food and Drink Federation, said: “While shoppers have rightly come to expect a wide range of products on shop shelves and menus, a no-deal Brexit scenario would result in significant changes to availability, quality and value.”

Speaking ahead of talks with the EU on Tuesday, Britain’s chief Brexit negotiator David Frost said: “Today, I will sit down with Michel Barnier and drive home our clear message that we must make progress this week if we are to reach an agreement in time.”

“We need to see more realism from the EU about our status as an independent country,” he said. “We have repeatedly made clear that key elements of our position derive from the fundamentals of being a sovereign state, and it’s time for the EU to fully recognise this reality.”

“If they can’t do that in the very limited time we have left then we will be trading on terms like those the EU has with Australia, and we are ramping up our preparations for the end of the year,” he said.

“There is still time to reach a good agreement and I look forward to this week’s face-to-face negotiations where I hope progress can be made.”

On Monday night, the Guardian reported on leaked EU cables that showed growing mistrust of the UK in the post-Brexit trade talks.

Among the EU’s concerns, according to the leaked cables, was the suspicion that Johnson was deliberately delaying compromise on key issues such as fisheries and state aid until the last minute, in the hopes of a last-minute grand bargain.

“These points will not be easy to iron out with just a phone call between leaders,” a commission official had told EU diplomats, according to the Guardian. “It is leaving it too late.”

The head of the British government’s legal department Jonathan Jones quit on Tuesday, after concerns the UK government could be attempting to renege on parts of the EU Withdrawal Agreement.

Labour shadow attorney general Lord Charlie Falconer said: “This resignation indicates that senior government lawyers think that the government are about to break the law.

“The government is trashing the best of the UK; we are a law abiding country and the government have some serious questions to answer.”