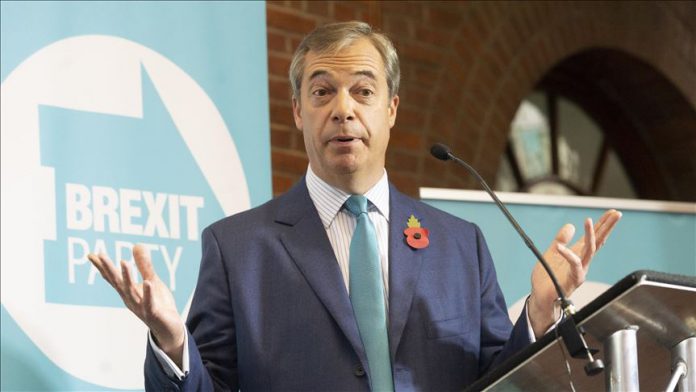 Brexit Party leader Nigel Farage said his party will not contest in more than 300 constituencies in December, which were won by the leading Conservative Party in 2017 elections.

Farage’s announcement came as a direct boost for the Tories three days ahead of the deadline the parties should nominate their candidates for the Dec. 12 elections.

Farage said standing candidates across the country’s 650 constituencies would play into the hand of the Liberal Democrats — the only anti-Brexit party — and could increase the chances of another EU referendum taking place.

“Brexit Party will not contest the 317 seats