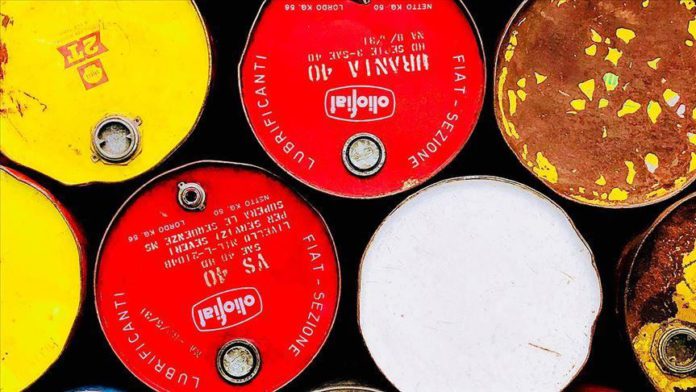 Brent crude oil prices rose on Wednesday as an expected decrease in US crude oil inventory relieved investor fears about a fall in demand.

American benchmark West Texas Intermediate was at $42 per barrel at the same time, up 0.16% after ending the previous session at $42.07 a barrel.

Late Tuesday, the American Petroleum Institute (API) announced its estimate of a fall of 4.4 million barrels in US crude oil inventories last week, more than an expected 3.2 million-barrel draw.

Although this signaled a potential rise in US oil demand, it also calmed some investor concerns given the growing surplus of oil supply on the global market.

Worldwide demand, including Asia, has also begun to recover, as some countries ease lockdowns and home-stay orders.

The prices also saw upward support after Russia declared that it had developed the first COVID-19 vaccine in the world, called Sputnik V, though some Western scientists are skeptical.

However, growing uncertainty over a Washington stalemate in talks for a recovery package from the pandemic’s fallout kept downward pressure on prices.

The standoff on the talks continues as US President Donald Trump and Republicans have been seeking a roughly $1 trillion package, but the Democrats’ proposal exceeds $3 trillion.

Talks between the Trump administration and Democratic-controlled House of Representatives broke down on Friday after nearly two weeks of daily talks resulted in little progress.

US crude oil production is forecast to fall this year by 990,000 barrels per day (bpd) to 11.26 million bpd, the US Energy Information Administration (EIA) said on Tuesday, for a decline of 600,000 bpd, steeper than its forecast last month.

On the demand side, as COVID-19 continues to spread around the world, global economic outlook and overall oil demand continue to remain weak.

The number of COVID-19 cases worldwide is now over 20 million, according to the latest data from Johns Hopkins University.

Also for the first time in 102 days, New Zealand confirmed four local cases of the virus.