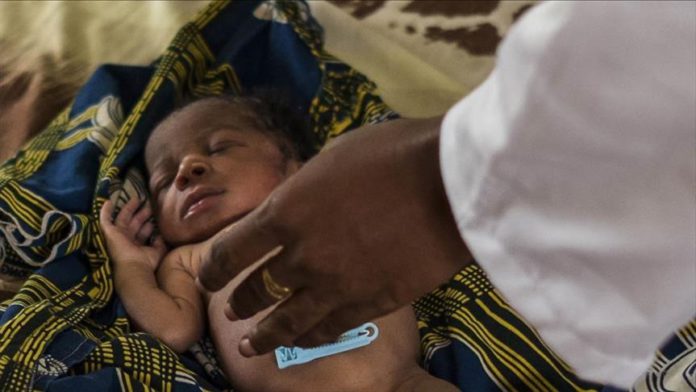 As the world observes Breast Feeding Day and Week from Sunday, the HIV-infected mothers in Zimbabwe have succeeded to build immunity in their babies by nourishing them through breastfeeding exclusively.

Speaking to Anadolu Agency, Lynet Mahachi, 41, an HIV-infected mother over past 19 years, said that her son Jack who is now 11 years old successfully battled the disease by developing immunity because of being nourished through breastfeeding.

“I cannot believe I am the mother of a healthy boy. My husband died because of HIV/AIDS within a year after I gave birth to Jack. I am still going strong despite living with the disease,” she said.

Mahachi said that at the time of delivery she was on anti-retroviral treatment. She said that her son has been never hospitalized since he was born.

More than drugs breast feeding over the years has come a panacea for HIV positive mothers to prevent transmission of the disease to their children.

Maxwell Kapachawo, pastor of Abandoned Grace Ministries, said the best antidote against HIV was that the parents should subject the newly born babies to exclusive breastfeeding.

Chamunorwa Mashoko, an HIV/AIDS activist in Zimbabwe, said to fight the transmission of HIV to babies, Zimbabwe has adopted global World Health Organization (WHO) guidelines to prevent transmission of disease to babies through their mothers.

He said the effective policies have significantly led to the reduction of mother-to-child transmission.

“As you know treatment is prevention, the chances of a pregnant mother to transmit are reduced,” said Mashoko.

Another health activist, Tariro Kutadza, said Zimbabwe has succeeded to help mothers infected with HIV to give birth to healthy babies and make arrangement that they are able to safely breastfeed their babies without transmitting the disease.

According to the Children’s Investment Fund Foundation (CIFF) — the world’s largest philanthropy that focuses on improving children’s lives – said some 37,852 new infant infections were averted and 13,072 children’s lives saved from 2015-2017 due to awareness programs and boosting immunity of infants.

“When HIV positive mothers religiously take their antiretroviral treatment and administer nevirapine during the pregnancy and after delivery, this together with breastfeeding stops the transmission of HIV to the newborn, “he said.

US position on Armenian claims not changed: US official