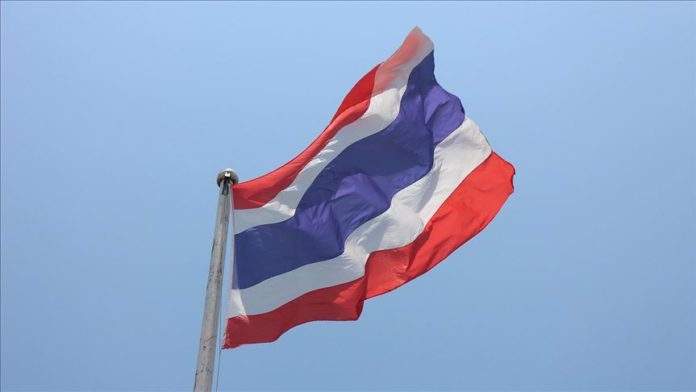 Thailand’s capital Bangkok was rocked over the weekend by anti-government rallies involving groups of young people, students, and political activists.

The protesters gathered at Sanam Luang Square, located right across the Grand Palace.

The movement called for reforms to the monarchy, the resignation of Prime Minister Prayut Chan-o-cha, dissolution of the parliament, and freedom to criticize the government.

The Thai monarchy is protected by Section 112 of the country’s Penal Code, which says whoever defames, insults or threatens the king, the queen, the heir-apparent or the Regent shall be punished with imprisonment of three to 15 years.

The taboo, however, has now been broken as anti-government protesters installed a plaque declaring that Thailand “belongs to the people” in a brave act of opposition to the monarchy, although it was removed a day later.

Speaking to Anadolu Agency on Tuesday, Heru Susetyo, teaching at the University of Indonesia’s Faculty of Law, said demands for reforms to the monarchy system show there are serious social changes in the country, where the king is considered the personification of Buddha.

Since he represents Buddha, insulting the king is a very serious crime, as it is considered the same as insulting the Buddhist religion.

“So if people dare to contest the monarchy, it means there is something strange, as it was supposed to be untouchable and sacred,” he said.

Susetyo, however, said the wave of protests in the country arose due to multiple factors.

The first factor is King Maha Vajiralongkorn’s lack of charisma compared to his father, King Bhumibol Adulyadej, who was well known as a wise ruler, Susetyo added.

“King Bhumibol was very loved by the people. However, the problem now is that his successor is nothing like him,” said Susetyo, who holds a PhD in Human Rights and Peace Studies from the Mahidol University in Bangkok.

He pointed out how the current king prefers to stay in Germany while his subjects back home are struggling to fight the novel coronavirus.

“He is seen as a leader who doesn’t respond to people’s suffering,” he said. “There is dissatisfaction with the current ruler. The hegemony of the monarchy is weakening.”

Susetyo said the second factor is that there are parties, whether from politics or military circles, who are fishing in troubled water as the monarchy system has been deemed unfavorable.

“There are people who want to get rid of the monarchy, thinking that it’s not bringing any benefit. They are using mass movements as a proxy to urge reforms,” he added.

Thailand’s economy has been impacted severely by the COVID-19 pandemic.

Last month, Thailand recorded its largest economic contraction in the past 22 years, deepening the country’s recession as it struggled against the coronavirus.

The National Economic and Social Development Council said the nation’s gross domestic product shrank 12.2% from a year earlier, its biggest decline since the 1998 Asian financial crisis.

The tourism sector, which accounts for almost 15% of Thailand’s GDP, has been hit hard after the country’s borders were closed in March.

Awani Irewati, a researcher from the Indonesian Institute of Sciences, told Anadolu Agency that the emergence of a movement demanding monarchy reform cannot be separated from the rise of a critical youth who take advantage of social media.

Irewati said that in this digital era, they become more exposed to freedom of speech.

“Moreover, they can see how [government] reforms are carried out in surrounding countries,” she added.

Meanwhile, Thai political expert Abdulsuko Dina said the demands for reforms to the monarchy are currently being voiced mostly by young people.

Dina said the young people did not spend much of their time under the previous king, while the elders, on the contrary, still find the monarchy relevant.

“They are divided on this issue,” he said.

Dina said the prime minister has his way to muffle the protests against him as well as the reform demands, and he is expected to create a wave of counter-protests to support his position in the government.

“Prayut didn’t really hear the aspirations of the anti-government groups sincerely,” he said.

Dina continued by urging Prayut to show political will to democratize Thailand, especially in amending the 2016 charter.

“Prayut must guarantee the birth of a more democratic law that supports the aspirations of the people,” he said.

Under the 2016 charter, the 250-strong regime-appointed Senate members will serve a five-year term. Their first task is a joint sitting with the new House of Representatives to vote for a new prime minister.

In May 2019, the King of Thailand approved a list of 250 senators appointed by the junta, including 66 army generals.

On June 5, the 750-member parliament, including the senators handpicked by the junta government, voted 500 to 244 to appoint Prayuth as prime minister.

Dina said the demonstrations were an alarm for the prime minister to fix the political system, or otherwise, the issue of monarchy reform would continue to arise.

“Prayut must have the political will to respond to the demands,” he added.

Netanyahu slams indictment against him as ‘coup’