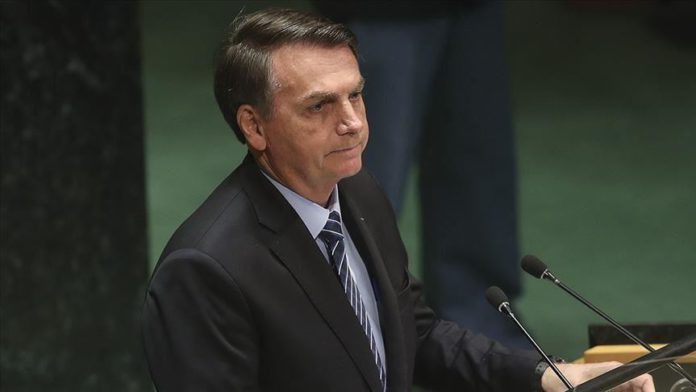 “The Democratic candidate to the US presidency, Joe Biden, stated yesterday that he could pay us as much as US$20 billion to stop the ‘destruction’ of the Amazon Rainforest adding that, if we did not accept this offer, he would then impose serious economic sanctions on our country,” Bolsonaro said on Twitter, referring to Biden’s remarks during a presidential debate.

“What some have not yet understood is that Brazil has changed,” he said. “Its President, unlike the left-wing presidents of the past, does not accept bribes, criminal land demarcations or coward threats towards our territorial and economic integrity. OUR SOVEREIGNTY IS NON-NEGOTIABLE.”

Noting that his administration is putting forward “unprecedented action to protect the Amazon and safeguard our environment,” he said: “Cooperation with the US is welcome in every front, including on sustainable development and investments that may bring jobs to the Amazonic population, such as the initiatives that I’ve been negotiating with President [Donald] Trump.”

Bolsonaro claimed that Biden’s comments aim to harm US-Brazil relations which became “closer than before” under the Trump presidency.

“The greed of some countries towards the Amazon is a well-known fact, However, the explicit demonstration of this greed by someone who is running for the presidency of his country is a clear sign of contempt for cordial and fruitful coexistence between two sovereign nations,” he said.

“As the head of state who has brought Brazil-US relations closer than ever before, after decades of governments that were unfriendly towards the US, it is really difficult to understand such a disastrous and unnecessary declaration,” said Bolsonaro.

“What a shame, Mr. John Biden! What a shame!” he added as he failed to correctly identify the former US vice president.