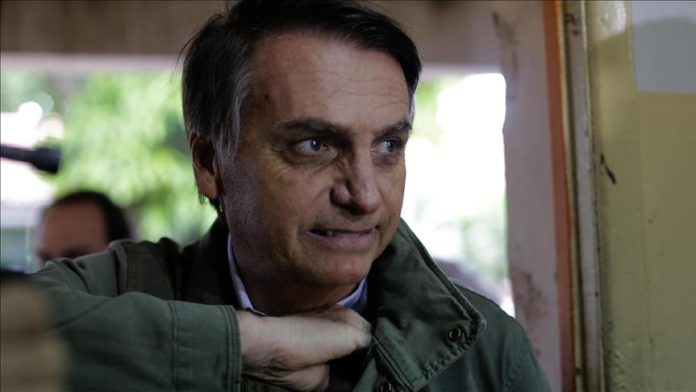 Brazil’s President Jair Bolsonaro replaced six ministers Monday in a major reshuffle after three ministers departed amid growing criticism over his handling of the coronavirus pandemic.

Earlier in the day, the ministers of foreign affairs and defense as well as Brazil’s advocate general left office.

Foreign Affairs Minister Ernesto Araujo’s departure was announced in the afternoon. He had been under pressure from Congress and business leaders in the country amid poor management of the pandemic and poor diplomacy with countries that are important commercial partners and suppliers to enable the production of vaccines in Brazil. In his place, ambassador Carlos Alberto Franco Franca will take over.

General Fernando Azevedo e Silva’s departure from the Defense Ministry followed shortly, to the surprise of many. Azevedo e Silva was fired, according to reports, for his refusal to align the Armed Forces with Bolsonaro’s positions, which have been against imposing restrictive measures and the early treatment of COVID-19.

An interview published over the weekend was the trigger for the already strained relationship between the president and the Armed Forces. There is an expectation, yet to be confirmed, that the Army, Air Force and Navy commanders will all also resign. Army General Walter Souza Braga Netto, who currently holds the position of chief of staff, replaces Azevedo e Silva.

To replace Braga Netto as chief of staff, Bolsonaro chose General Luiz Eduardo Ramos, who will leave his position as the secretary of government and will be replaced by Federal Representative Flavia Arruda. Her appointment seeks to please the “Centrao,” a support bloc for Bolsonaro in Congress.

The third resignation announced today was that of Brazil’s Advocate General of the Union, Jose Levi. Current Minister of Justice and Public Security Andre Mendonca will take up his post and will be replaced by Anderson Torres, who is currently the Distrito Federal Public Safety Secretary.

Situation in Syria’s Idlib ‘in favor of Turkey’

China in 'close' contact with India on resolving border issues