The company’s shares plunged more than 21% on news that the government on Friday nominated an army general with no oil and gas industry experience as its new CEO.

In only a few hours, Petrobras lost more than 74.2 billion reais ($13.6 billion) in market value. On Friday, shortly after the announcement, the company’s value had already shrunk by 28.2 billion reais ($5.2 billion), according to financial market analysts.

It marks the biggest percentage drop in shares since March 9, 2020, when preferred shares plunged 29.7% due to the coronavirus crisis, which was recorded as Petrobras’ worst daily devaluation in history.

Banco do Brasil and Eletrobras also accumulated significant losses. Both are also state-owned.

Bankers and investment fund managers said Monday that Petrobras’ losses with Bolsonaro’s intervention could be higher than those incurred from the corruption schemes investigated by Brazilian federal police under Operation Car Wash of 85 billion reais ($15.6 billion) over a four-year period.

The proposed change has been drawing much criticism from economists, politicians and even former members of the government. They fear the company will return to record losses due to subsidies and have a less-skilled management when exchanging an economist for a general.

On Saturday, Bolsonaro said he could intervene in other state-owned companies.

“If the press is concerned about yesterday’s [Friday’s] exchange [in Petrobras], next week we will have more. What I don’t lack is the courage to decide, thinking of the greater good for our nation,” he said during a military event.

For the replacement to be confirmed, Bolsonaro’s nominee needs to be approved by Petrobras’ Board of Directors. According to the company, its board will hold a meeting scheduled for next Tuesday, when a decision is expected to be made.

Financial agents see a significant increase in political risk in the country, mainly due to government interference in state-owned companies. The announcement came after Bolsonaro had criticized Petrobras’ management and successive increases in fuel prices. The president called the latest price readjustment, 2021’s fourth, with gasoline rising 10% and diesel 15%, “out of the curve.” Until last Thursday, the price of a liter of gasoline at refineries had risen 34.78% since the beginning of the year. The price of diesel rose 27.72% in the same period.

At filling stations, gasoline has become 5.8% more expensive since the first week of 2021, sold at 4.833 reais ($0.89) per liter on average, according to a weekly survey by the Brazilian National Agency of Petroleum, Natural Gas and Biofuels (ANP). Diesel was sold at an average price of 3.875 ($0.71) per liter at the pumps. 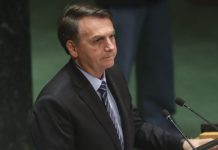 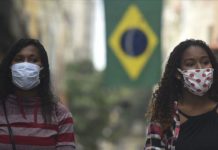