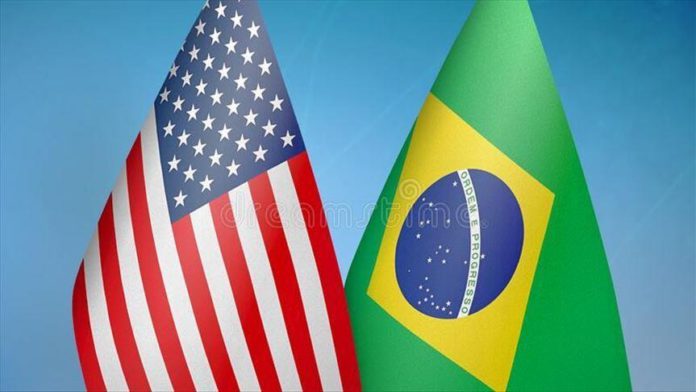 The heads of the Brazilian Congress, Rodrigo Maia and Davi Alcolumbre, both condemned in social media posts Wednesday’s invasion of the US Capitol by supporters of US President Donald Trump, defeated in last November’s elections.

Earlier, when asked about the episode by a supporter in front of his official residence in Brasilia, Bolsonaro said only that there were “a lot of fraud allegations” in the US elections.

Chamber of Deputies president Maia wrote on Twitter: “The invasion of the US Congress by extremists represents an act of desperation by an undemocratic chain that lost the elections. It is increasingly clear that the only (viable) way is democracy, with dialogue and respecting the Constitution”.

Senate’s leader Alcolumbre tweeted: “The Brazilian Senate attentively monitors the development of these events, sending our solidarity and support to Congressmen and the American people. I defend, as I have always defended, that democracy must be respected and that the will of the majority must prevail”.

In an official statement released to the press, Alcolumbre called the invasion “unacceptable in any democracy,” saying the demonstrators actions “deserve the dismay and disapproval of all leaders with public spirit and responsibility”.

In the judiciary, president of the Superior Electoral Court Luis Roberto Barroso called the invasion a “sad episode in the US,” saying that “fascist supporters showed their true face: anti-democratic and truculent. Good people, regardless of ideology, do not support barbarism. I hope that American society and institutions will vigorously react to this threat to democracy.”

Baleia Rossi, opposition’s candidate to preside over the Chamber of Deputies, called the scenes of the invasion “shocking”.

“Democracy is not made in violence. It takes place in the debate of ideas, respecting differences, the will of the people and the Constitution,” Rossi tweeted.

Without even mentioning the episode, Bolsonaro’s candidate for the presidency of the Chamber of Deputies, Arthur Lira, wrote that “Democracy happens by the will of the voter […]. Nothing is greater than that. Strength, violence and imposition do not have a place in political dynamics. Alternation of power is one of the democratic principles. The will of those who vote is always greater and speaks louder!”

Since Nov. 3, when Americans voted, Bolsonaro has repeated those same false Trump arguments about alleged election fraud, which have never been confirmed.

The Brazilian president was one of the last world leaders to recognize Joe Biden’s victory. It only happened on Dec. 15, the day after the Electoral College vote.