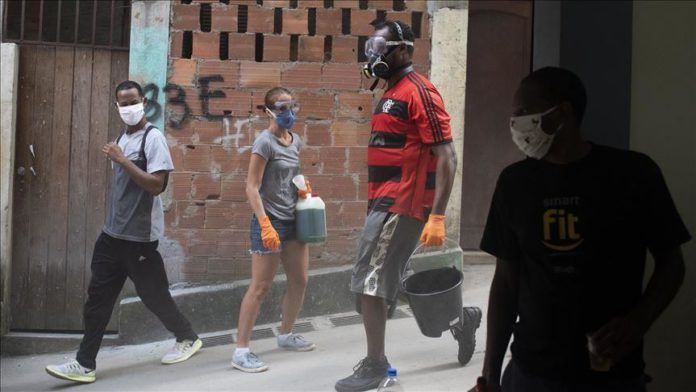 Brazil’s Health Minister Nelson Teich resigned on Friday after barely a month on the job, after apparent clashes with President Jair Bolsonaro over the handling of the coronavirus outbreak in the country that is the epicenter of the virus in Latin America.

Teich’s resignation was announced by the Health Ministry itself, in a brief official note that announced the resignation and said there would be a press conference for Friday afternoon to give more details.

The resignation came a day after Brazil’s confirmed cases of the virus passed 200,000, with more than 14,000 deaths.

Teich, an oncologist with no experience in public administration, was appointed health minister by Bolsonaro after former minister Luiz Henrique Mandetta was sacked by the president. Mandetta was an advocate of quarantines, which Bolsonaro does not approve of, to prevent the spread of the pandemic.

Bolsonaro insists on reopening the economy and he continues disobeying the confinement measures imposed by the governors of different states.

Earlier this week, Teich was caught off guard when a reporter asked him about Bolsonaro’s decision to include gyms and hair salons on a list of “essential” businesses allowed to open in states and cities currently under lockdown.

“Was this announced today?” he asked in a press conference. “It didn’t go through the ministry.”

The health ministry has given no details on who will replace him in the post.