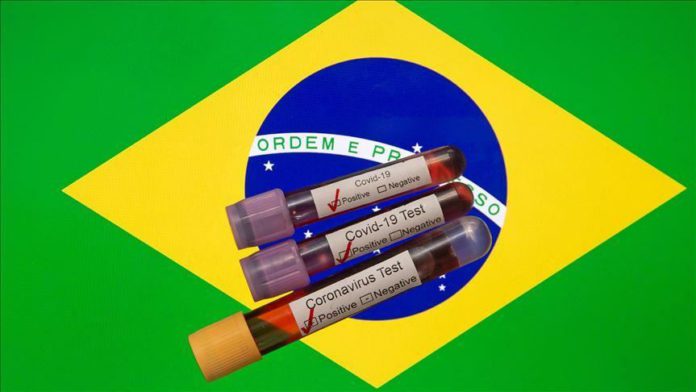 Brazil recently surpassed Russia, Germany, France and the United Kingdom to place second on the list of nations with the most infections, behind the US.

It is the second country to confirm more than 1 million cases as the disease continues to spread.

But according to health experts, the real number of infections could be much higher because of the lack of testing and under-reporting.

And despite the staggering numbers, the country still has no permanent health minister after the previous two resigned following clashes with President Jair Bolsonaro, who has been widely criticized for downplaying the outbreak.

A day after the steepest one-day jump in cases, hundreds of thousands of Colombians created long lines at stores Friday to take advantage of a tax free day. There will be two more such days in the near future.

President Ivan Duque has been criticized for instituting a value added tax-free day in an attempt to revive the economy, which created chaos in supermarkets and stores, two days before Father’s Day.

Bogota’s Mayor Claudia Lopez lashed out at the government on Twitter.

“The Government that has not delivered a single UCI ventilator causes a great agglomeration in Bogota. Closed sites without good ventilation are those with the highest risk of contagion.

Up with sales and down with lives?,” she said. “What nonsense! They do not care and they do harm!”

Colombia registered 3,171 cases and 86 deaths Thursday, the highest number reported within 24 hours. And with figures growing.

As of Friday, Colombia has more than 60,000 confirmed cases of the virus and more than 2,000 deaths.