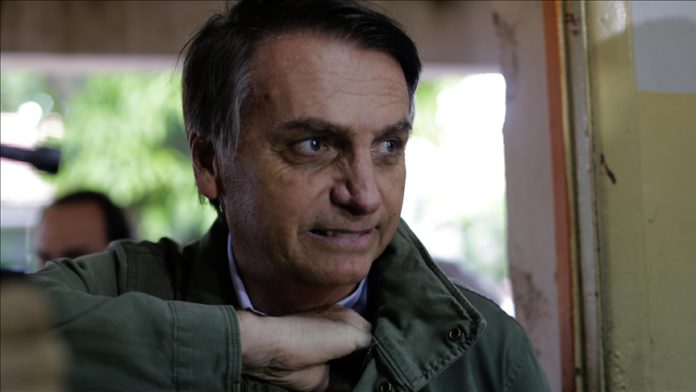 Brazil’s President Jair Bolsonaro has drawn much criticism since he said people should “stop whining” about the new coronavirus pandemic.

The South American country sees the worst phase of the health crisis ever, with a significant and lasting increase in the number of cases and deaths and interrupted or problematic vaccination in several regions.

“We have to face our problems. Enough of bitching, of ‘mimimi’ [whining], how long are we going to be crying for? Obviously [we should] respect the elderly, those who have diseases,” Bolsonaro said, using a popular expression of disdain from Brazilian Portuguese to refer to meaningless complaints.

Latin America’s largest country’s far-right leader attacked yesterday yet again social isolation measures imposed to contain the spread of the virus. “Where will Brazil end up if we stop?,” he said. “Essential activities are all those necessary for someone to take bread home, damn it”.

“Not only for the benefit of its own population, but because it is harming neighboring countries,” said Tedros Adhanom Ghebreyesus, director-general of the global organization. “If Brazil is not serious, the whole of Latin America will be affected. Seriousness is very important now”.

According to Ghebreyesus, Brazil goes against most of the world’s nations. “While in many countries numbers are decreasing, in Brazil they are growing steadily,” said Ghebreyesus, citing a November weekly toll of 140,000 cases and 2,138 deaths, that jumped to 374,000 cases and more than 8,000 deaths now.

Over the past week alone, more than 9,500 people have died of COVID-19 in the country.

Without directly citing Bolsonaro, WHO’s director-general said Brazil needs to adopt “aggressive public health and social measures” to stop the transmission of the coronavirus, alongside an intensive vaccination campaign.

WHO’s Emergency director Michael Ryan has warned that this is not the time to relax. “There was a national increase [in the number of cases] in Brazil, from north to south. Public health, social and behavioral measures stop all these strains and variants. Now is not the time for Brazil or, by the way, any other country, to relax,” Ryan said.

According to the WHO directors, “Brazil is experiencing a tragedy”.

Last Wednesday, Brazil had its second consecutive day of record COVID-19 deaths in 24 hours, 1,840. Both public and private hospital networks are collapsing in several states. The country has also surpassed the US in the number of new deaths from the disease per thousand inhabitants. Brazil has over 261,000 deaths caused by the disease.

“I regret any death, now it seems that [people] only die from COVID in Brazil. Other people are dying from other diseases because they stay at home in fear, dread. The dread virus was inoculated in these people, but that’s fine,” said Bolsonaro during his weekly live on social media.

US carries out airstrikes on Iran-backed militia groups in Iraq, Syria