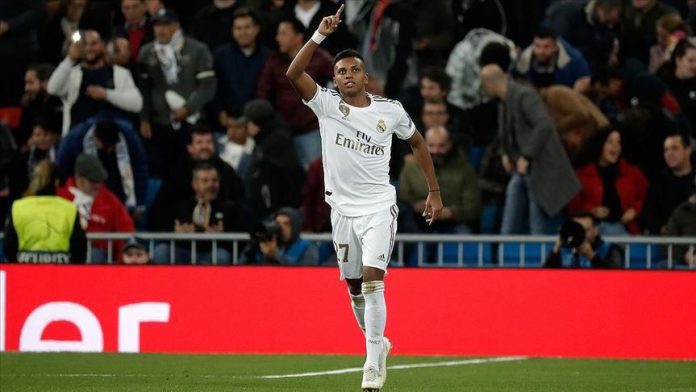 Real Madrid’s Brazilian winger Rodrygo has been named player of the week in the UEFA Champions League on Friday following his sensational performance over Galatasaray.

Rodrygo passed other nominees Achraf Hakimi from Borussia Dortmund, Paris Saint-Germain’s Keylor Navas and Son Heung-min from Tottenham in online voting by the uefa.com users to be awarded as the player of the Week 4.

The 18-year-old player featured a standout form with scoring a hat-trick and making an assist against Galatasaray in Wednesday’s Group A match while Real Madrid hammered the Lions 6-0 at Santiago Bernabeu.