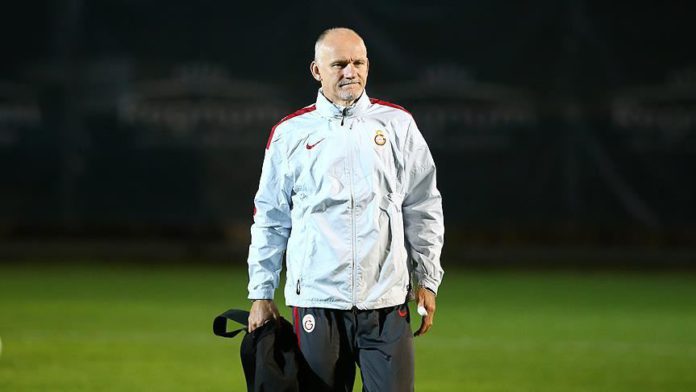 Brazilian football legend Claudio Taffarel paid tribute Tuesday to his former club Galatasaray over its triumphs back in 2000.

“We had a great team. Every player was really good, we had a good coach,” Taffarel, 54, told FIFA on its website.

Taffarel was Galatasaray’s goalkeeper when the Turkish club did a continental double, winning the 2000 UEFA Cup against Arsenal and Super Cup against Real Madrid.

Galatasaray is still the only Turkish football club to have won a major European trophy.

“Our foreigners were excellent – [Gheorghe] Hagi was Hagi, and we also had [Gica] Popescu and the Brazilian Capone. Arsenal were powerhouses in Europe, but we went into that game very confident, fearless,” Taffarel said.

In the nail-biting 2000 final in Copenhagen, 10-man Galatasaray eliminated Arsenal to win the UEFA Cup on penalties after a 0-0 tie, a historic night for Turkish football.

“If we’d have gone out there in fear, Bergkamp, Henry, Petit, Vieira, Overmars, Kanu would have torn us apart. Obviously they put a lot of pressure on us, but we defended really well, had our moments, it went to penalties and, thank God, we won,” said Taffarel.

He added that Arsenal “tried everything they could, couldn’t get past us, and we played well,” so the Galatasaray players at that time and club fans are proud.

Taffarel said that Galatasaray were “much better than Real Madrid” in the 2000 UEFA Super Cup final as the Lions claimed another European trophy in the same year.

The Turkish club had a golden generation in 2000, combining industrious Turkish players with talented foreigners.

Brazilian striker Mario Jardel and the team’s No. 10 from Romania, Hagi, were the offensive threats of the Lions.

“It was Real Madrid, one of the biggest clubs in the world, full of superstars,” Taffarel said.

“But our feeling was, ‘Let’s go and give it to them’ – 11 against 11, neutral venue in Monaco. I think we were much better than Real Madrid that day and it was obviously a great feeling to have beaten such a great side in the way we did.”

Taffarel stated that he admired Hagi’s skills on the pitch as the Romanian attacking midfielder was one of the greatest players in the game for his shooting ability, vision, and technique.

“A magnificent player. Someone who really deserves to be placed among the greatest players in history. I’ve never seen a player shoot like him – the accuracy, the power. His vision and passing were on a different level.”

Hagi is a Galatasaray legend, instrumental in the club’s UEFA Cup and Super Cup victories.

“Fantastic. Absolutely fantastic. They make a huge difference,” he said.

“When the team needs them, they’re always giving them motivation. When you play away, they’re always with you. You have to see it to believe it – you feel like you’re playing at home.”

HP withdraws from TRNC government ahead of polls