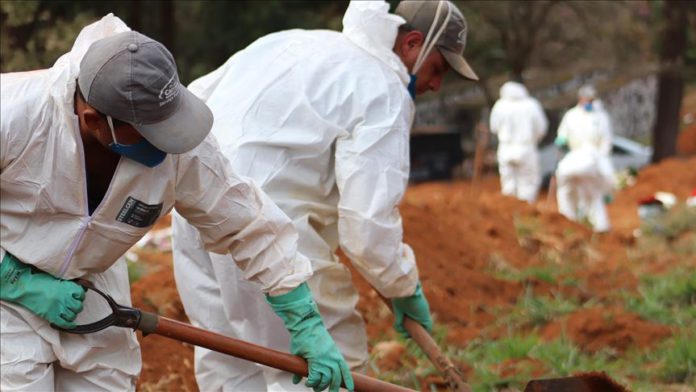 South America is now the epicenter of the coronavirus pandemic and most cases are in Brazil, the World Health Organization said Friday.

And while the country goes through a health emergency, it is also experiencing one of its worst political crises in recent history.

A Brazilian Supreme Court judge ruled Friday to release a video that allegedly shows President Jair Bolsonaro trying to interfere with a law enforcement probe in order to protect his son from being investigated.

Footage from an April 22 meeting between Bolsonaro and members of his Cabinet were part of evidence presented by former Justice Minister Sergio Moro who resigned last month and accused Bolsonaro of interfering with police investigations.

Bolsonaro requested parts of the video remain private to protect national interests but Moro wants it released in its entirety.

Judge Celso de Mello asked federal prosecutors to decide whether Bolsonaro should testify and ordered him to surrender his personal telephone, along with that of his son Carlos, who is considered part of the investigation.

Bolsonaro’s government, however, issued a statement by Army Reserve Gen. Augusto Heleno who warned that “national security” would be at risk.

“The request for the arrest of the President’s cell phone is inconceivable” and, if this were to happen, it would be ‘an affront to the highest authority’ and ‘an inadmissible interference’, which could even ‘have unforeseeable consequences for national stability,’” he said.

The investigation, which could put Bolsonaro on trial or even impeached, comes as his popularity dips because of his handling of the coronavirus outbreak that has claimed more than 20,000 lives in Brazil and is currently the third most affected country with more than 310,000 cases.

Bolsonaro continued his calls Thursday to ease lockdown measures which are contrary to provisions imposed by governors and mayors throughout the country.