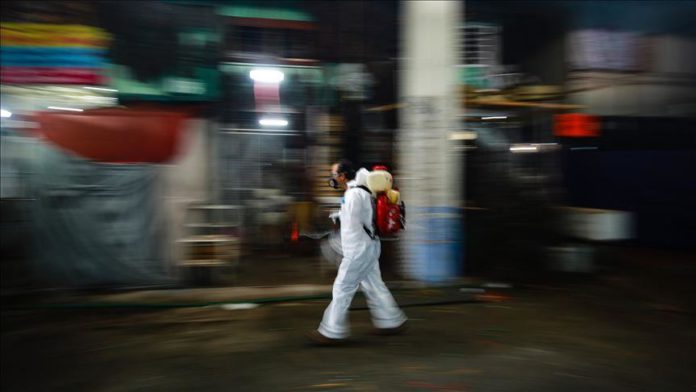 Coronavirus deaths were higher in Brazil than in the US for the first time in the last 24 hours, health officials reported Tuesday.

The World Health Organization (WHO) warned Tuesday that the world is still only in the first phase of the pandemic and the virus is on the rise mainly in Latin America and South Asia.

“Right now, we are not in the second wave. We are right in the middle of the first wave globally,” said WHO Executive Director Mike Ryan. “We are still in a phase where the disease is actually on the rise,” he added and recommended preventive measures be maintained, especially social isolation.

The new warning is dampening global hopes about economic recovery on a day when many countries are reopening sectors of their economies after two months of closure.

Three months after it reported its first coronavirus case Feb. 26, Brazil registered 807 deaths in the last 24 hours, while 620 died in the US during the same time period.

President Jair Bolsonaro is still at war with governors in an attempt to break social isolation, while the government maintains its position on using chloroquine to prevent the virus, although the WHO said it is temporarily halting clinical trials that use the drug to treat COVID-19 patients because of published concerns that it may do more harm than good.

The expectation is that fatalities will multiply in coming weeks. A University of Washington study is warning that Brazil’s death toll could climb to 125,000 by early August. That figure may increase to more than 193,000, an earlier study showed. The lack of a coordinated plan and insistence on going against WHO’s recommendations indicate the most pessimistic projections may prevail.

The health ministry report confirmed a new daily record of deaths Monday since the pandemic began there March 6. It reported 173 deaths, bringing the total to 3,629 and reported cases rose to 124,000.

Chile registered a new high for cases Monday, with nearly 5,000 infections and 43 deaths in 24 hours.

Public Works Minister Alfredo Moreno and Energy Minister Juan Carlos Jobet became the first members of Sebastian Pinera’s Cabinet to be infected amid a worrying increase in cases and deaths from the pandemic.

“I have been notified that the COVID-19 test I took a few days ago was positive, and fortunately I have not had any symptoms so far,” Moreno, the first minister to communicate the contagion, announced on Twitter.