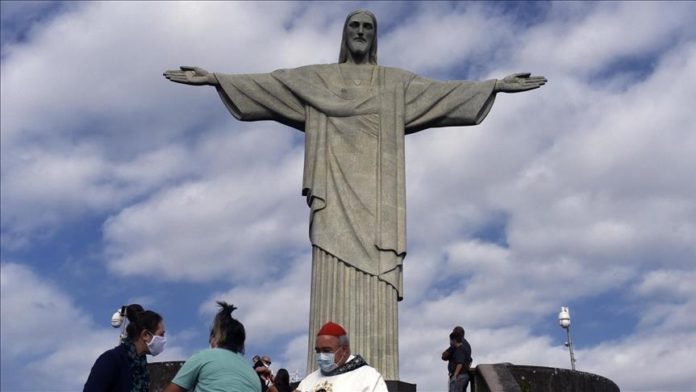 The government of Sao Paulo, the largest state in Brazil, confirmed on Monday two cases of people infected by the new strain of the new coronavirus, the same that has been putting parts of the UK in lockdown since the end of December.

Asked by Anadolu Agency, however, the government’s Department of Health said there was still no information on new measures to restrict circulation in the state. Those are the first two cases in Brazil of the new strain. Both cases are of the B.1.1.7 strain.

One of the infected people is a 25-year-old woman from Sao Paulo city. She would have become infected after having contact with travelers who were in Europe and then in Brazil. She started showing symptoms on Dec. 20, such as headache, sore throat, cough, malaise, and loss of taste and underwent a PCR exam on Dec. 22.

The other person is a 34-year-old man. The epidemiological surveillance team at Adolfo Lutz Institute, linked to the Department of Health, is still investigating the case history and has not informed his place of residence nor symptoms.

The confirmation of the two cases was made by Adolfo Lutz’s Strategic Laboratory after the genetic sequencing of samples were sent by a private laboratory last Saturday. The sequencing information was already registered in the GISAID (Global Initiative on Sharing All Influenza Data) online and the global database.

In a press statement, the Sao Paulo Health Department said that so far there is no scientific evidence that this new strain is more virulent or transmissible compared to others previously identified.

“The behavior of a virus can be different in different places due to demographic and climatic factors,” it said. Despite the statement, studies indicate that it is more transmissible, although experts acknowledge that there is still no evidence that it is more dangerous.

Cases of contamination by the new strain have already been reported in 35 countries. In Europe, Spain, France, Ireland, Germany, Denmark, the Netherlands, and Sweden are also on the list. Outside the European continent, Australia, Canada, Japan, Israel, and Lebanon registered cases.