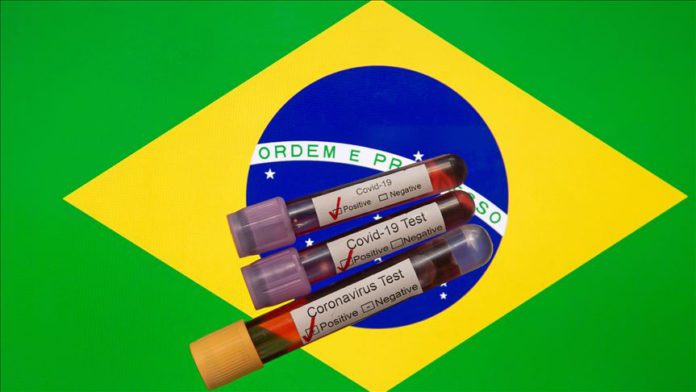 Latin America recorded nearly 1.2 million cases and some 57,500 deaths from the novel coronavirus as of Thursday, according to data from US-based Johns Hopkins University.

Brazil became the country with the highest number of daily coronavirus deaths worldwide at 1,349 as the number of fatalities in Mexico continued to rise. Meanwhile, countries in Europe and even some in Latin America are gradually returning to normal and have begun reactivating businesses and social life.

Although Brazilian President Jair Bolsonaro and Mexican President Andres Manuel Lopez Obrador are on the opposite corners of the political spectrum, they have had one thing in common: a skeptical, slow and late response to the coronavirus, at least in the early stages.

Brazil will soon surpass Italy as the country with the third-highest COVID-19 death toll.

Brazil has reported more than 32,500 deaths from the virus so far and the country’s total number of confirmed cases has surpassed 580,000. Experts believe that due to insufficient testing, the actual number of cases and deaths could be significantly higher.

The country´s Health Ministry delayed the release of the data until 10 p.m. Wednesday due to “technical problems,” but many accuse the government of wanting to hide the numbers, which continue to rise.

The government has authorized testing in the country for a COVID-19 vaccine developed by the University of Oxford, officials said Wednesday. Some 2,000 volunteers will be chosen for the trial, which will begin in Sao Paulo this month.

Mexico late Wednesday reported more than 1,000 deaths in one day for the first time due to COVID-19, during a week that the government began reactivating economic and social life after more than two months of confinement.

However, the 1,092 deaths did not occur in one day. Epidemiology Director General Jose Luis Alomia told a news conference that the deaths reported Wednesday occurred over several days.

“As with the deaths, it does not mean that the more than 3,000 people fell ill in the last 24 hours, but rather that they were distributed in the previous weeks, but it was barely registered on the indicated platform,” Alomia said.

Mexican authorities say the total could be higher since many victims die before they can be tested and Mexico has one of the lowest levels of testing in the world, according to the Organisation for Economic Co-operation and Development (OECD).

The information collected by each one of the states also reveals that around eight out of 10 patients or 76% who died due to the virus did not even get to ICU units and half of the people who died did not get diagnosed with the coronavirus before death.

On Thursday, President Andrés Manuel López Obrador urged people not to allow the rising number of deaths and infections to condemn them to “psychosis, apprehension or fear.”

S.Korea to open schools next week as virus cases dip