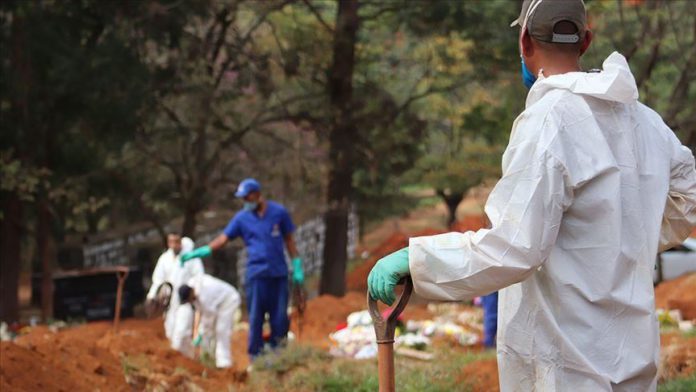 Brazil reported Sunday 1,211 more deaths from the novel coronavirus over the past 24 hours, according to its Health Ministry.

Brazil, one of the worst-hit countries in the world, registered a death toll of 86,449 with the latest fatalities, according to the ministry.

The number of infections also soared to over 2.39 million with 51,147 new cases over the past day, it added.

State of Sao Paulo, the trade center of the country with 46 million population, is considered as the most affected region from the outbreak. There are 479,481 cases and 21,517 deaths from the virus.

The country registered over 1.61 million recoveries so far.

With over 211 million population, Brazil is viewed as the epicenter of the outbreak in Latin America.

The pandemic has killed over 644,500 people worldwide, with more than 16 million confirmed cases, according to figures compiled by the US’ Johns Hopkins University. Over 9.26 million have recovered from the disease.

* Writing by Sena Guler in Ankara.