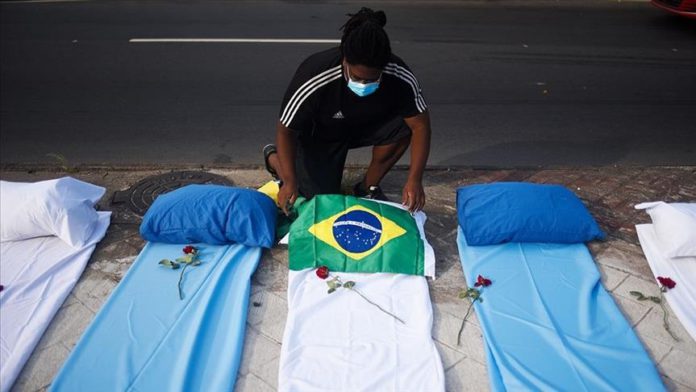 Brazil on Wednesday reported a new daily record of 3,869 deaths from the novel coronavirus in the past 24 hours, according to data from the country’s Health Ministry.

The data showed that the death toll reached 321,515 with the latest fatalities. It also marked the second day in a row with the highest number of COVID-19-related deaths in the country after Tuesday’s 3,780 fatalities.

The country’s overall case tally had reached 12.74 million with the addition of 90,638 new infections.

Over 11.16 million recoveries have been reported so far.

With a population of more than 213 million, Brazil is the country most affected by the pandemic after the US.

The country has seen difficult days in recent weeks because of occupancies in intensive care units and the spread of a more contagious variant that is thought to have originated in Amazonas state.

The average daily death toll in the past week was about 2,600 and the number of cases was more than 75,000.