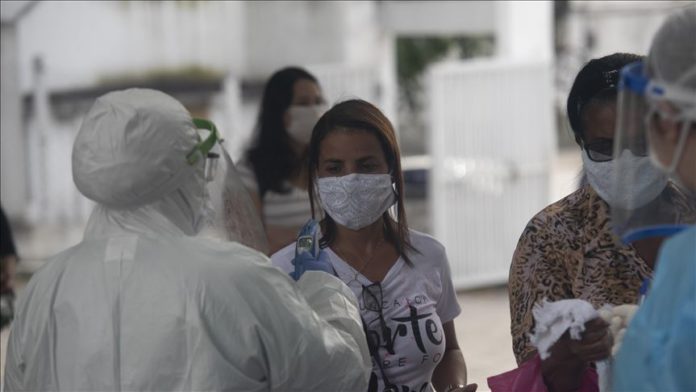 As coronavirus cases in Brazil steadily increases, the country remains in the grip of a deep political crisis.

Health Minister Nelson Teich resigned Friday after less than a month in office because of disagreements with President Jair Bolsonaro’s approach to fighting the pandemic.

Teich, whom Jair Bolsonaro criticized because he has not advocated the use of antimalarial drugs to combat the virus, held a news conference where he thanked Bolsonaro for giving him the opportunity to serve but did not indicate why he resigned.

Bolsonaro insists that although antimalarial drug has not yet been proven effective against COVID-19, it should be applied, even to patients with mild symptoms, while Teich only authorized it, as did former Health Minister Luiz Henrique Mandetta, for patients in a critical or terminal codition.

Teich took the job April 17 under pressure from the president to prioritize the economy above a health-driven lockdown.

After Teich’s resignation was announced, pot-banging protests were heard in different parts of Sao Paulo and Rio de Janeiro.

Amid the jump in cases, Colombia militarized the border with Brazil to stem the spread of virus cases as infections and deaths rise in the Amazonas region.

Colombian Amazonas has been one of the departments most affected by a virus health emergency, with nearly 1,000 cases. Due to the high number of infections in the region, the government ordered the closure of all activities to prevent its spread.

Meanwhile, authorities in Paraguay are concerned that those infected continue to arrive from Brazil.

President Mario Abdo Benitez said more than half of Paraguay’s 759 cases were from those who entered from Brazil.

Venezuelan President Nicolas Maduro described Bolsonaro’s handling of the outbreak as irresponsible and Argentinian President Alberto Fernandez highlighted the relatively low number of deaths from the virus between Argentina and Brazil. Bolsonaro responded by saying the comparison should be made in proportion to the populations.

Nine nations that border Brazil have recorded less than 3,500 deaths.