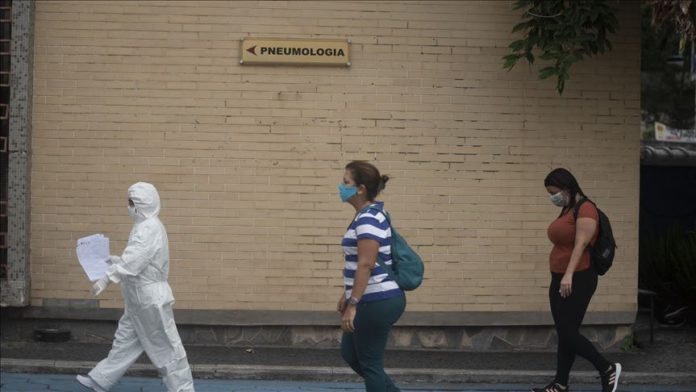 South America’s COVID-19 epicenter Brazil on Tuesday became the country with the third-highest number of coronavirus cases in the world, overtaking former hotspots the UK, Spain, and Italy.

According to a running tally by the Johns Hopkins University, the country has registered 255,368 cases and nearly 17,000 deaths.

Health experts say the real number of cases could be even higher because of insufficient testing in the country of around 210 million people.

Manaus, in the Brazilian Amazon, has recently had to resort to mass graves to accommodate COVID-19 victims, while Sao Paulo’s hospitals have reached 90% capacity.

Over the weekend, President Jair Bolsonaro slammed lockdown measures once again. He addressed supporters at a demonstration on Sunday, where he took off his face mask and posed for pictures with kids.

“This is a pure manifestation of democracy. I’m really honored by this,” he said of the crowd of supporters who defied stay-at-home orders.

Last week, Brazilian Health Minister Nelson Teich resigned after less than a month on the job. While Bolsonaro has called for the widespread use of drugs such as chloroquine to fight the virus, Teich did not approve its use in all patients.

“Chlo-ro-quine! Chlo-ro-quine!” chanted Bolsonaro’s supporters outside the presidential palace on Sunday, as well as “We want to work!”