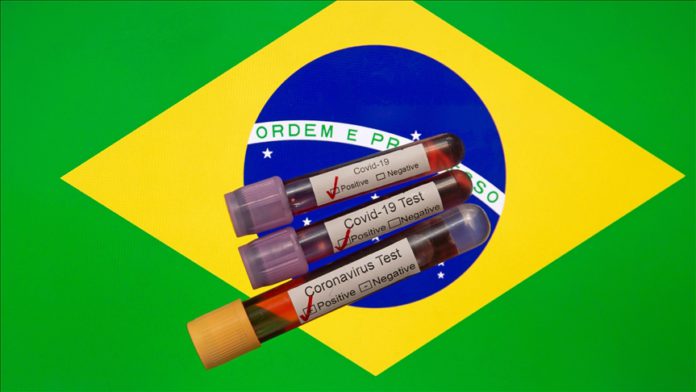 Brazil has named its fourth health minister since the beginning of the coronavirus pandemic.

The country’s far-right president, Jair Bolsonaro, announced Monday evening that General Eduardo Pazuello will be replaced by cardiologist Marcelo Queiroga, who is currently president of the Brazilian Society of Cardiology.

Queiroga’s appointment was confirmed by Bolsonaro in a conversation with his supporters in front of his official residence in Brasilia.

“[He] has everything, in my opinion, to do a good job, continuing everything Pazuello has done until today,” the president declared. “It is [a] continuity. There is no break,” he said.

According to Bolsonaro, there will be a “one or two-week” transition period.

Pazuello has led the Health Ministry since last May. He took over after Bolsonaro had disagreements with two other ministers, Luiz Henrique Mandetta and Nelson Teich, both doctors. They were in favor of social distancing as a measure to slow the spread of the virus, were against “early treatment,” which includes drugs whose effectiveness against COVID-19 has never been proven, and advocated for vaccination. Teich was in office for only 29 days.

Bolsonaro, by contrast, has ferociously attacked vaccines, having only more recently adopted a different stance. The president has also acted deliberately to delay the purchase of vaccine doses, which has resulted in a messed up national plan with a lack of doses in many places across the country. He has been an advocate for drugs like hydroxychloroquine and has attacked decisions by governors and mayors to close businesses to reduce the circulation of people.

Bolsonaro has been under much pressure as the pandemic has worsened in Brazil, with successive record numbers of deaths. On Saturday, the country recorded its 15th consecutive day of a record in the daily average of deaths, with 1,824. It was also the 52nd consecutive day with a death toll above 1,000. Last Wednesday, Brazil recorded 2,349 deaths, the highest number ever. Last week was the pandemic’s worst, with more than 12,000 deaths. To date, the country has registered more than 278,300 deaths and 11.5 million cases.

Queiroga was Bolsonaro’s second choice to be health minister. Ludhmila Hajjar, also a medical doctor, was the first choice, but she refused, claiming “technical reasons.” She was threatened on social media by Bolsonaro’s supporters after a meeting with him on Sunday. She also has diverging views from Bolsonaro in relation to the conduct of the pandemic.

Bangladesh: New virus cases drop but 2nd wave not over