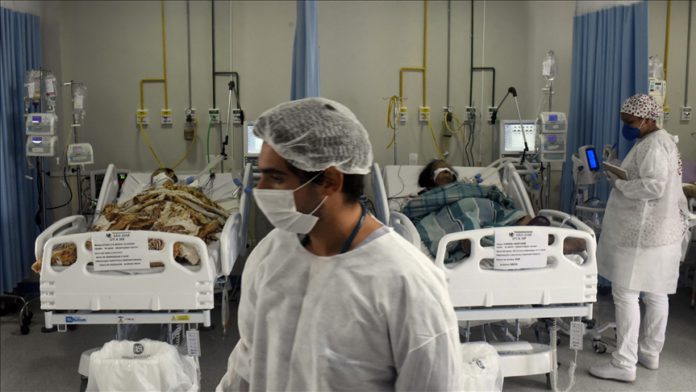 Brazil’s governors met Tuesday with Health Minister Eduardo Pazuello to pressure the federal government to come up with a coronavirus vaccination plan as the country continued to see an upward trend in cases and deaths.

They also demanded measures from the administration of President Jair Bolsonaro on vaccines.

So far, Sao Paulo is the only state to have released a vaccination calendar. It plans to start vaccinating its 44 million residents on Jan. 25 with CoronaVac, which was developed by the Chinese company Sinovac. The vaccine is in its third testing phase and its effectiveness still needs to be proven before being approved and released by Brazil’s drug regulatory agency ANVISA.

CoronaVac is at the center of a political row between President Bolsonaro and Sao Paulo Governor Joao Doria.

When questioned by Doria today, Pazuello said that “if there is demand and [a good] price,” the federal government could acquire the “Butantan vaccine,” a reference to the institute in Sao Paulo that will manufacture CoronaVac.

“When Butantan finishes its work and has its vaccine registered, we’ll evaluate the demand, and if there is demand and [a good] price, we’ll buy it,” said the minister.

The federal government has already released funds for other vaccines in testing phases that have not yet been registered by ANVISA. The Ministry of Health even sent a memorandum of understanding to Sinovac with the intention of buying 46 million CoronaVac doses, but Pazuello was later unauthorized by Bolsonaro. In addition to Sao Paulo, Turkey, China, Indonesia and Chile have already announced plans to use CoronaVac.

Haiti descends into chaos after killing of president

No forced conversion of minorities in Pakistan: study