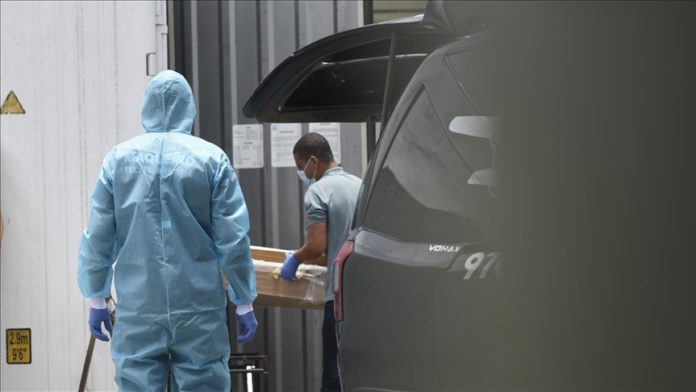 Second only to the US in coronavirus deaths, Brazil has yet to present a national vaccination plan. President Jair Bolsonaro recently began to advocate against vaccines, saying he will not take his shot and that vaccination will not be mandatory.

The country meanwhile is facing a new rise in hospitalizations and deaths. Experts say this could be the worst phase of the pandemic.

In August, when Brazil reached the 100,000-mark for fatalities, the moving average of victims gradually showed a drop in numbers, indicating what could be an improvement. But unlike Europe, which had clear first and second waves, in Brazil, the number of new infections and deaths has never subsided.

On the same day Brazil reached 200,011 deaths with over 7.9 million cases, a ray of hope appeared with the release by the Sao Paulo government of much anticipated results of the Chinese CoronaVac vaccine.

Today’s announcement is seen as a political victory for Governor Joao Doria over Bolsonaro, both 2022 pre-candidates for the presidency.

Unlike the federal government, Doria has moved more quickly to import and produce a vaccine locally. He reaffirmed that vaccination will begin on Jan. 25, but local regulator ANVISA has yet to authorize its emergency use. An official request must be filed Friday.

The vaccine’s effectiveness, according to the Sao Paulo government, was 78% for mild and 100% for severe cases. Roughly 13,000 Brazilian volunteers participated in tests, which started last June. The data were presented to ANVISA in a meeting Thursday morning.