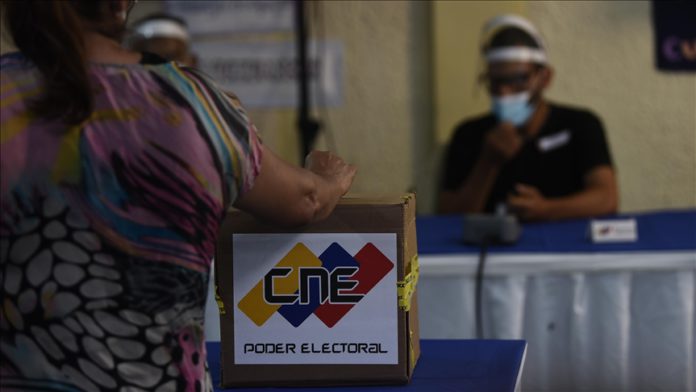 Brazil is one of 16 American countries signatories of a document which accuses legislative elections in Venezuela of being “fraudulent,” claiming that the process “lack legality and legitimacy”.

With high abstention rates, which reached 69%, and a boycott by the opposition, the election gave a majority in parliament in favor of President Nicolas Maduro.

Sunday’s abstention was the highest recorded in legislative elections since 2004, when only 25% of voters turned out to vote. In 2015 congressional elections, participation rate was 71%.

In the letter, the 16 countries call the Maduro regime “illegitimate” and say that the elections “were carried out without the minimum guarantees of a democratic process, which include freedom, security and transparency, the integrity of ballots, the participation of all political forces, and inclusion of international observation.

“We call on the international community to join in the rejection of these fraudulent elections and support the efforts for the recovery of democracy, the respect of human rights and the rule of law in Venezuela,” reads the letter.

Argentina, Bolivia and Mexico, which are all part of the so-called “Lima Group”, established in 2017 in order to seek a peaceful exit to the ongoing crisis in Venezuela, were left out of the declaration, although the letter does mention the multilateral body.

Earlier on Twitter, Brazilian Foreign Minister Ernesto Araujo spoke out on the Venezuela elections, which he classified as “fraud”.

“The Maduro regime held ‘parliamentary elections’ yesterday in Venezuela, an attempt to gain legitimacy. This might work only for those who cherish or tolerate dictatorship and organized crime, the political-criminal complex called ‘Foro de São Paulo’ or ’21st Century Socialism’,” Araujo wrote in English.

According to the minister, “any increase in Maduro’s ‘legitimacy’ would mean an increase in oppression and hunger for Venezuelans, and the strengthening of organized crime, as Maduro turned (the country) into a platform for criminal cartels and terrorists”.

On the abstention, Araujo wrote that “the Venezuelan people rejected Maduro’s electoral fraud, (…) only around 30% of voters actually cast a ballot”.

He said that “Brazil will keep working along with all other committed partners to help Venezuelans in their struggle back to democracy” and that the country will “stand for security, human dignity and freedom in Latin America and around the world”.