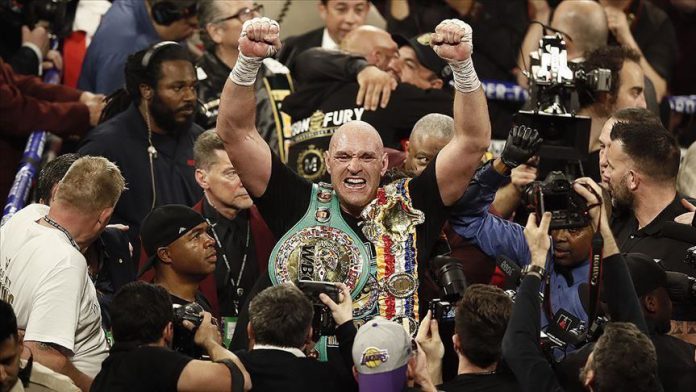 Fury, known as the Gypsy King, dominated his American opponent throughout the match, flooring Wilder in the third and fifth rounds of a thrilling fight.

The match ended midway through the seventh round as Wilder’s corner threw in the towel to end the former champion’s ordeal.

Saturday’s encounter was a rematch of Fury and Wilder’s epic 2018 showdown that ended in a split draw after 12 rounds.

This was Wilder’s 11th time