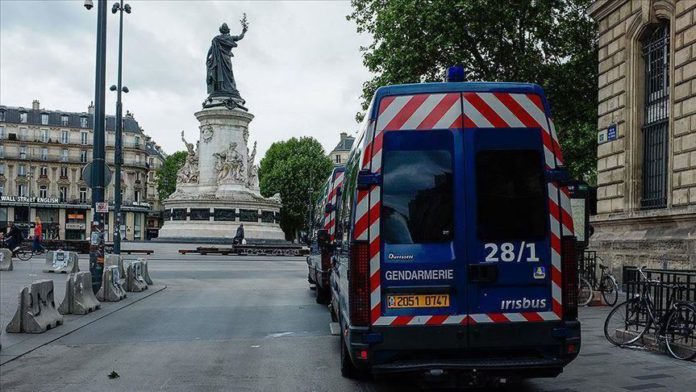 A former five-time world boxing champion in France seeks to thank healthcare workers by giving boxing lessons to the staff at a Paris hospital.

Hassan N’Dam is offering the sessions without charge to beleaguered medical professionals at the Villeneuve-Saint-George Hospital in Val-de-Marne after their successful treatment of his father-in-law for the novel coronavirus.

“This hospital looked after my father-in-law for seven weeks, so I’m giving them what they gave us: life,” said N’Dam.

The sessions offer stress relief, exercise and respite for the hard-working employees and are open to all levels, surgeons, doctors, nurses, and support staff alike.

N’Dam gives his 45-minute lessons five times a week at a relaxed pace to provide a much-needed haven for those working in extreme conditions during the current pandemic.

“It’s intense and pretty hardcore. It’s hard because there’s a lot of technique and takes up a lot of energy. It does me a lot of good. My muscles ache after!” says pediatric surgeon Akila Derguini.

The lessons will continue until the end of the month, at which time N’Dam will return to training.

The 36-year-old French-Cameroonian boxer is ranked ninth in the world in the middleweight class, according to August 2019 rankings. N’Dam has held two middleweight titles, the WBA title, which he won in 2017, and the WBO title in 2012.

N’Dam represented Cameroon in the 2004 Olympics, and then moved to France where he continued to train and fight professionally. He also competed in the 2016 Olympics, again representing Cameroon, but lost early in the competition. His professional accomplishments have included many wins all over the world.

Moussa Kanoute, a hospital porter at Villeneuve-Saint-George, is excited about the physiological, as well as psychological, benefits of the workouts.

“You come to escape, to unwind,” he said. “It gives us a boost. It does a lot of good. It shows you that you are capable of doing things.”

Authorities have also taken notice of the initiative.

“It’s almost like a pop-up, a safe space for relaxation during the crisis,” said Human Resources Director Aurelian Stival, who understands that the benefits to the staff are enormous during an exceptionally stressful time.

“There are also psychologists here,” he said of the variety of personnel who partake in the sessions, adding that even those practicing mental health have to take a breather.

“This space was created for staff who are having a difficult day and need a break.”

The experience has motivated N’Dam to perform more charity work in the future as he goes on to pursue training for his sixth world champion title.

“I want to give something back,” he said.

The intensity of the COVID-19 outbreak in France has been on the decline in the past few weeks, with a total of 144,163 cases, 63,858 of which have recovered.

UAE, Rwanda ban flights from Uganda due to rise in COVID-19...

Chinese envoy warns of potential for 'military conflict' with US over...