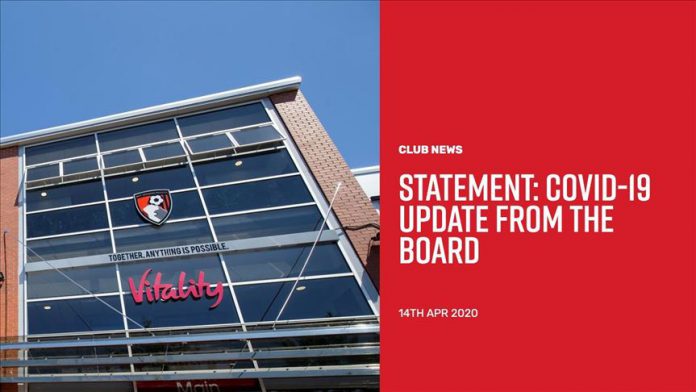 English Premier League football club Bournemouth announced Tuesday that it has reversed its decision to suspend some non-playing staff amid the coronavirus outbreak.

It cited pressure from its supporters as part of the reason for its change of heart.

“Earlier this month, we announced that a number of staff at AFC Bournemouth were being temporarily furloughed and that we would utilize the Government’s Coronavirus Job Retention Scheme,” the club said on its website.

“These measures were not taken lightly, given the operational pressures placed on clubs in such uncertain times.

“We have listened to our supporters and have reversed