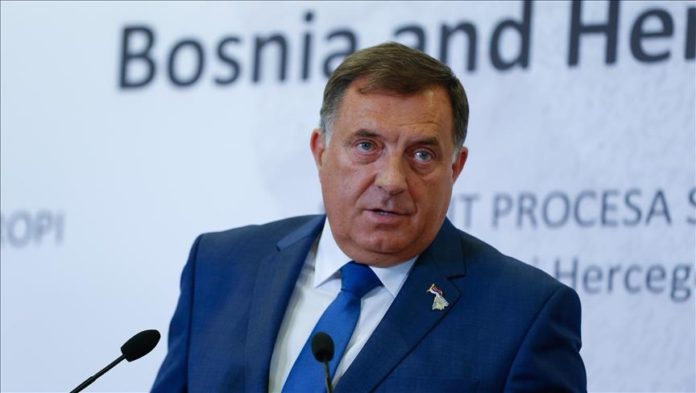 The fate of Bosnia and Herzegovina depends on discussions among local lawmakers with the support of the Turkish president, Serb leader Milorad Dodik said Wednesday.

The Serb member of the Presidency of Bosnia and Herzegovina expressed his satisfaction with Serbian President Aleksandar Vucic’s visit to Turkey.

Bosnia-Herzegovina is currently embroiled in a political conflict between Bosniaks and Serbs living in the country.

The dispute erupted after Valentin Inzko, the former high representative for Bosnia-Herzegovina, amended the criminal code in July to ban the denial of genocide and the glorification of war criminals.

Bosnian Serb lawmakers in response said they would boycott the country’s institutions.

Dodik denounced the amendments and pushed for the controversial separatist moves in the Republika Srpska parliament.

The steps have been criticized internationally for violating the 1995 Dayton Accords and undermining the country’s Constitution.