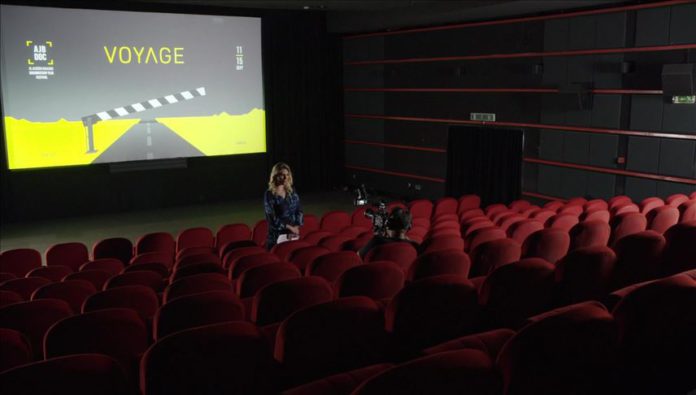 “We moved the entire festival online due to the epidemic. This makes me sad because festivals are events where people have the opportunity to come together and chat,” Foco said.

Although the festival will reach a wider audience, Foco said, “What will make this year’s festival successful is that the documentaries can be watched all over the world from Australia to America.”

The festival was inaugurated with the world premiere of “Dzemo,” from Bosnia and Herzegovina.

Directed by Lejla Kajic and Davorin Sekulic, it tells the life struggle of a 45-year-old man engaged in animal husbandry.

Al Jazeera Documentary Channel Director Ahmed Mahfouz told the audience he was satisfied that the AJB DOC was able to be held this year despite the coronavirus pandemic.

Al Jazeera Balkans Director Tarik Djodic said the festival team did a good job under the conditions and urged moviegoers to watch the films to be screened.

The opening of the festival was held on the AJB DOC website, www.ajbdoc.ba.

It offers moviegoers the opportunity to watch documentaries for free without registering on the website.

While 18 documentaries will be screened, 10 are in the competition category.

The world premiere of seven documentaries will take place during the festival, which covers topics from Syria to Palestine and from the Philippines to Mexico.

3 awards to be given at festival

This year, three awards will be given under the slogan Trave, of Voyage, namely the AJB Main Award, AJB Program Award and the Audience Award, in the competition section.

The festival will last through Sept. 15 and it encourages writers and documentaries that deal with social phenomena by focusing on universal human values. It includes documentary films adapted for television broadcast.