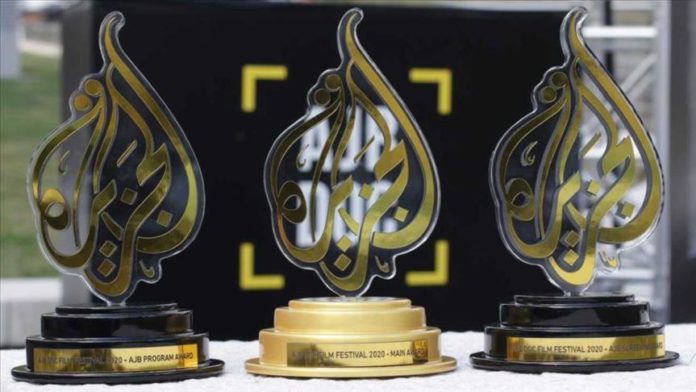 The AJB DOC Main Award, for the best film in the Competition Selection, was given to Molly Stuart’s Objector late Tuesday, according to a statement by the organizers.

Objector focuses on “the story of a nineteen-year-old Jewish girl who, having understood what was happening in the Israeli-Palestinian conflict, refused to join the military service, which is obligatory in Israel, bravely opposing the ideology and system of Israel,” the statement added.

Turkey’s leading Anadolu Agency has been the global communication partner of the festival.

Oggi Tomic, a London-based film author and director, also one of the members of the international jury, said: “Each story has been transferred in detail to the film. I was simply honored to watch these films.”

“Special Mention” was given to the film Caught in the Net by Czech authors Vit Klusak and Barbora Chalupova.

This year, the festival’s Audience Award was not presented, as the event took place online without the physical presence of spectators due to the pandemic.

Just before the online award ceremony, the world premiere of the film Dream Team Grannies by Lejla Zvizdic was held.

The festival was held in Sarajevo on Sept. 11-15 and viewers had the opportunity to watch the documentary they wanted for free of charge, without registration.

“During five days of the AJB DOC Film Festival, the audience had the opportunity to see 18 documentaries of world-class production,” the statement added.

“All screened films were united by the AJB DOC slogan Voyage, which is presented visually, but also permeates this year’s stories and our reality, as we are unable to physically travel and cross borders. Yet, we are immersed in our personal journeys, our search for meaning and strength,” the statement read.