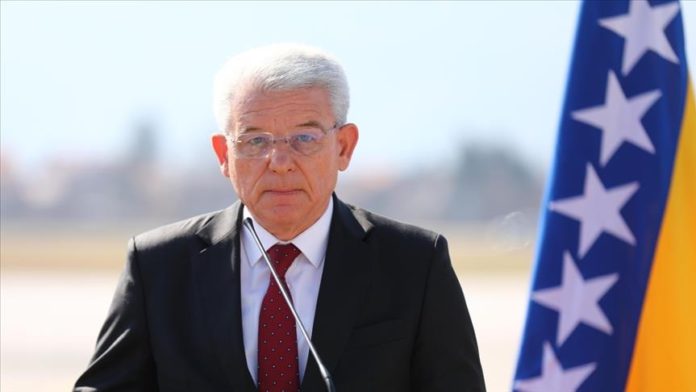 A Bosniak member of Bosnia and Herzegovina’s Presidential Council on Sunday reacted to the Israeli premier’s tweet thanking nations for supporting Israel against Palestine, saying his country does not support killings of innocent civilians.

🇺🇸🇦🇱🇦🇺🇦🇹🇧🇦🇧🇷🇧🇬🇨🇦🇨🇴🇨🇾🇨🇿🇬🇪🇩🇪🇬🇹🇭🇳🇭🇺🇮🇹🇱🇹🇲🇩🇳🇱🇲🇰🇵🇾🇸🇮🇺🇦🇺🇾
Thank you for resolutely standing with 🇮🇱 and supporting our right to self defense against terrorist attacks.

“My message to (Israeli) Prime Minister (Benjamin) Netanyahu is that Bosnia and Herzegovina does not and cannot support the killings of innocent civilians in Gaza by Israeli military forces,” Sefik Dzaferovic wrote on Facebook.

He called on Netanyahu to end the “disproportionate attacks” on Gaza and make his contribution to establish peace for the Palestinian and Israeli people.

Earlier in the day, Netanyahu thanked and mentioned 25 countries that are currently supporting Israeli in the ongoing escalation. Bosnia’s flag is also included in the post.

A total of 181 Palestinians, including 52 children and 31 women, have been killed and 1,225 others injured in Israeli attacks on Gaza since May 10.

The tensions that began in Ramadan in East Jerusalem spread to Gaza after Palestinian resistance groups there vowed to retaliate against Israeli assaults on the Al-Aqsa Mosque and Sheikh Jarrah neighborhood.