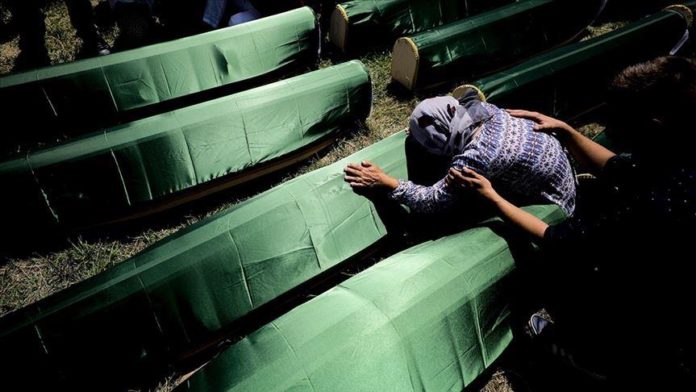 Bosnia and Herzegovina on Thursday sentenced two former Serb soldiers to eight years in prison over “war crimes” committed in 1992 in the eastern city of Foca.

A Bosnia and Herzegovina court ruled that Radovan Paprica and Slavko Ognjenovic, who served in the Serbian army during the Bosnian War in 1992-1995, committed “crimes against humanity” against Bosniak civilians.

The statement by the court said Paprica and Ognjenovic participated in systematic attacks on civilian Bosniaks and committed sexual abuse crimes.

Nearly 3,000 Bosniak civilians, subjected to intense attacks by Serb soldiers, police, and paramilitary groups during the war, were killed in Foca and its vicinity. Also, the victims’ homes were set on fire. Bosnian men were taken to prison camps and women were raped.

In addition, many Islamic works in the region, including the historic Alaca Mosque, known as the “Pearl of Bosnia”, were destroyed.