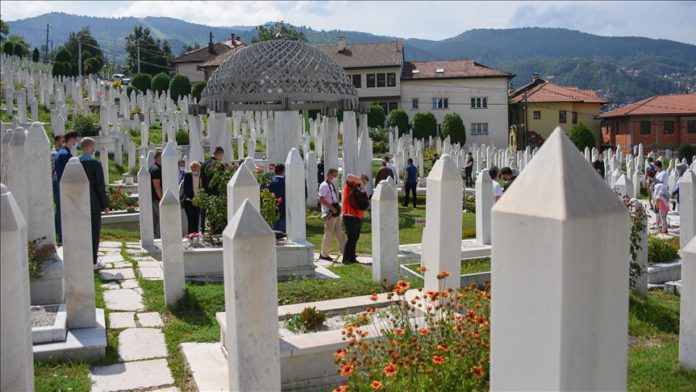 Bosnia and Herzegovina marked on Saturday the 95th birth anniversary of Alija Izetbegovic, the country’s first president and a pivotal figure in the troubled history of the Balkans.

Izetbegovic — a politician, writer, and lawyer — who came to international prominence during the country’s bitter 1992-1995 war — is remembered every year on his birthday at Kovaci Martyrdom in the capital Sarajevo with prayers.

This year’s ceremony was held with limited participation due to the coronavirus pandemic.

Sefik Dzaferovic, Bosniak member of the three-member presidency, was among the participants.

He said that Alija Izetbegovic was undoubtedly the most important personality in Bosnia and Herzegovina’s modern history.

“Alija has won the battle for the democracy of Bosnia and Herzegovina, for freedom and tolerance under almost impossible conditions,” said Dzaferovic.

Often dubbed the “Wise King”, Izetbegovic managed to gain independence for his country on March 1, 1992 – months after Slovenia and Croatia broke away from the former Yugoslavia.

Izetbegovic died in Sarajevo on Oct. 19, 2003 of natural causes, having served as president of the Republic of Bosnia-Herzegovina from 1992 to 1996 and as chairman of the Bosnian presidency until October 2000.