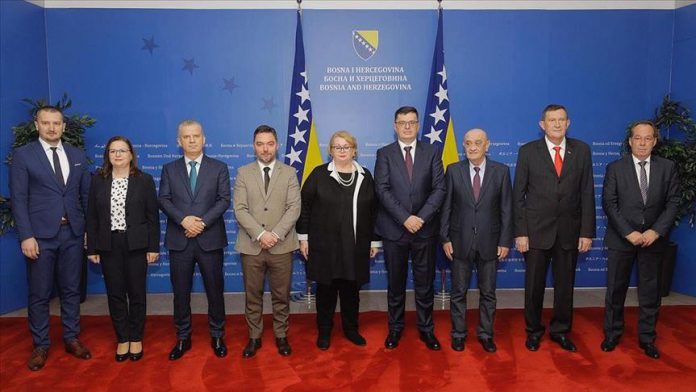 Bosnia and Herzegovina on Monday formed a new government 14 months after general elections in October 2018.

Receiving a vote of confidence in the House of Representatives, the new government was formed by the country’s largest Bosniak, Serb and Croat parties, who agreed to form the government last month.

With the Balkan country lacking a government since its last general elections, its tripartite presidency, which consists of Bosniak, Serb and Croat members, gave the mandate to form a new government to Zoran Tegeltija from Serb party, the Alliance of Independent Social Democrats (SNSD).

The new government consists of Tegeltija as president of the council of ministers, Bisera