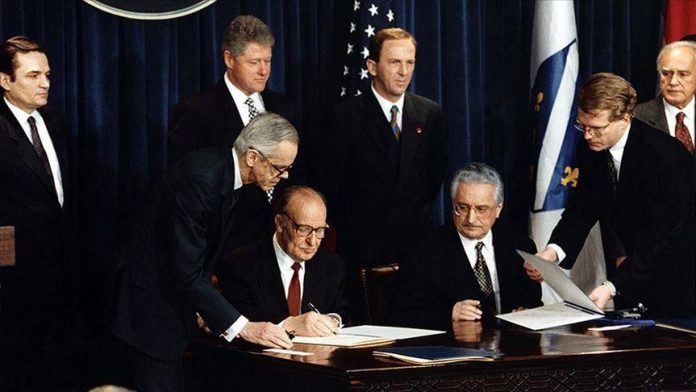 Twenty-four years after the Dayton peace accords ended the war in Bosnia and Herzegovina, the deal is viewed as “an expired peace agreement” in the country.

The accords, initiated at the Wright-Patterson U.S. Air Force base near Dayton, Ohio, on Nov. 21, 1995, ended a brutal civil war in Bosnia that resulted in around 100,000 deaths over three-and-a-half years.

However, nearly 3.5 million people today are living in one of the most fragile and multi-ethnic states in the world, facing economic difficulties and political deadlocks due to a complex constitutional structure.