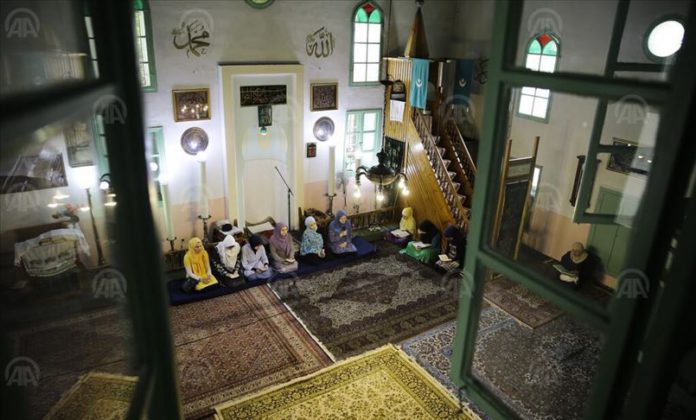 Bosnia and Herzegovina continues to maintain the tradition of maktab schools, which form the basis of religious education in the country.

Also known as Kuttab, maktab is an Arabic word meaning “elementary school” where children are primarily taught reading, writing and grammar but also Islamic studies and recitation of the Muslim holy book, the Quran.

The tradition began during the Ottoman period and was continued during the Austro-Hungarian Empire and the foundation of Yugoslavia and modern-day Bosnia and Herzegovina.

Today, all children from the first grade to ninth grade can attend maktabs, which are completely managed and organized by the Islamic Union of Bosnia and Herzegovina.

Imams teach children to read the Quran and basic religious knowledge according to their age groups on weekends.

Children enrich their lives by learning the foundations and values ​​of the religion of Islam.

Sulejman Posavljak, an imam working in one of the maktabs in Bosnia’s capital Sarajevo, told Anadolu Agency that the interest in maktabs is increasing every year.

“We have 131 children in the maktab in our neighborhood. We opened another school at the request of the families,” said Posavljak.

Posavljak underlined that maktab education plays a very important role in the development of children where they learn to respect their families and to be tolerant of their neighbors.

“I would like to invite families who are still in a dilemma: Please send your children to school so you will raise responsible children,” he said.

Eleven-year-old Harun Cuprija, one of the children from the maktab, said he learned many prayers and suras, or chapters, from the Quran.

“This place is very beautiful. We read the Quran, we learn to pray. We also make new friends,” he said.

Twelve-year-old Dzejna Fazlagic said she learned to read the Quran at the maktab.

“We learn many things here. It was my biggest wish to be able to read the Quran,” she said.

Nine-year-old Mehmedalija Cuprija said she made many friends at the maktab.

“I look forward to coming to the maktab every week. I love it here. I learned many prayers, suras and hymns.”

Up to the 20th century, mosques were the only venues for mass education in the Islamic world. An imam would train a group of students sitting on the floor and Quranic Arabic was taught.

With the development of modern schools, however, the number of maktabs has decreased in the Islamic world.

Myanmar: Semi-lockdown in Rakhine capital due to virus