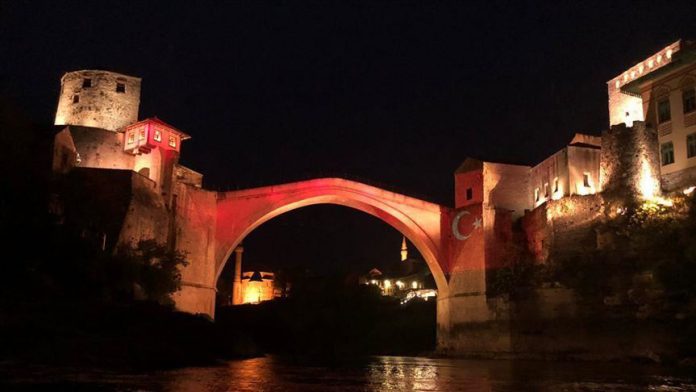 Bosnia and Herzegovina’s historic Mostar Bridge was illuminated with the colors of the Turkish flag late Tuesday to mark the 100th anniversary of the establishment of Turkey’s parliament.

“The Grand National Assembly of the Republic of Turkey marks its 100th anniversary. We are celebrating with joy,” the Turkish Consulate General in Mostar said in a statement.

The Turkish Grand National Assembly was established on April 23, 1920.

The Mostar Bridge was destroyed by intense artillery shelling launched by Croat forces on Nov. 8, 1993 and collapsed into the waters of the Neretva River the following day.

Turkey to appoint envoys to 16 countries