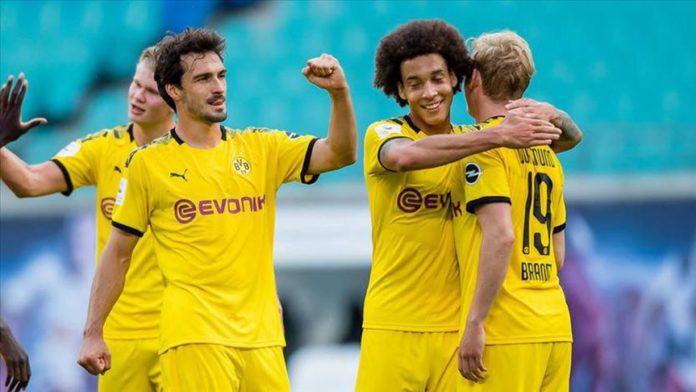 BVB, the away side, led the match 2-0 as Haaland scored twice in the 30th and 93rd minutes at the Red Bull Arena.

The 19-year-old has so far scored 13 goals in the league as Borussia Dortmund that now has 69 points secured the second place in the table ahead of RB Leipzig.

Bayern Munich beat Freiburg 3-1 with first half goals at the Allianz Arena.

The Bavarians took the lead, with defender Joshua Kimmich scoring the opener in the 15th minute.

In the 24th and 37th minutes, Robert Lewandowski scored two goals. Lucas Holer scored the away team’s only goal in the 33rd minute.

Bayern Munich that secured its eighth Bundesliga title in a row and their 30th German championship overall, have 79 points.

With these results, Mainz and Augsburg secured another season in Germany’s top-tier league.

Following the win against Werder Bremen, Mainz moved up to 13th spot in standings with 37 points.

Augsburg is in the 15th place with 36 points, while Koln also have the same points in the 14th spot.