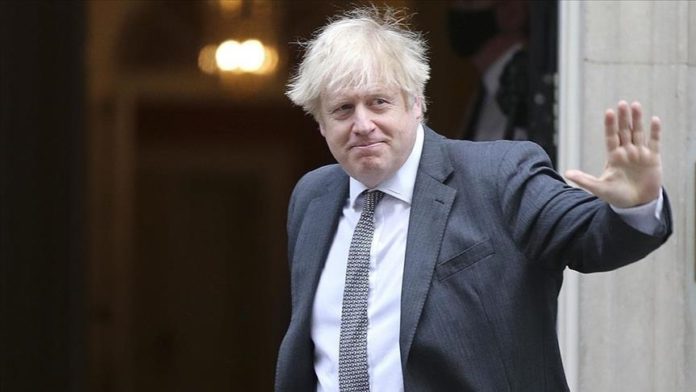 UK Prime Minister Boris Johnson and Rishi Sunk, chancellor of the exchequer, have been forced to self-isolate after having been in contact with the health secretary, who tested positive for coronavirus on Saturday.

The two were forced to make a U-turn after having earlier refused to self-isolate, arguing they were part of a so-called pilot testing scheme. Their refusal prompted a public outcry and a backlash from fellow Conservative MPs.

“(Johnson) will continue to conduct meetings with ministers remotely. The chancellor has also been contacted and will also isolate as required and will not be taking part in the pilot,” said a Sunday Downing Street statement.

The pair’s self-isolation came just hours after Downing Street was engulfed in confusion and chaos over the imminent dropping of almost all Covid restrictions on Monday, dubbed “freedom day,” with many government officials defending their plans to continue work despite the surge in cases.

The pair’s earlier refusal to self-isolate was met with anger and criticism, with many calling out the government’s hypocrisy when following coronavirus rules and guidance they created for the public.

Speaking to Sky News, Jonathan Ashworth, the shadow health secretary, said: “There will be workers across the country that have to isolate because they’ve been pinged, including in public services, including the NHS. For many of them, waking up this morning to hear that there is a special rule, an exclusive rule, for Boris Johnson and Rishi Sunak, they will be saying that this looks like one rule for them and something else for the rest of us.”

“There will be parents across the country who have struggled this year when their children have been sent home because they were in a bubble and had to self-isolate,” he added.

Health Secretary Sajid Javid tested positive for the virus on Saturday and is self-isolating at home with his family while awaiting a PCR test. Javid had earlier been visiting an elderly care home where he is believed to have contracted the virus.

Coronavirus cases are currently surging across the UK, in the main part due to the spread of the highly transmissible Delta variant and also the country’s reopening. On Friday, infections passed the 50,000 mark – the highest since this January, when the UK was in the grips of a third wave and national lockdown.

England is set to drop the majority of its coronavirus restrictions on Monday, making it the most unrestricted country in Europe. Under this plan, the two-meter distancing rule has been ditched, people will no longer be required to wear masks except on public transport, and entertainment venues will reopen their doors.