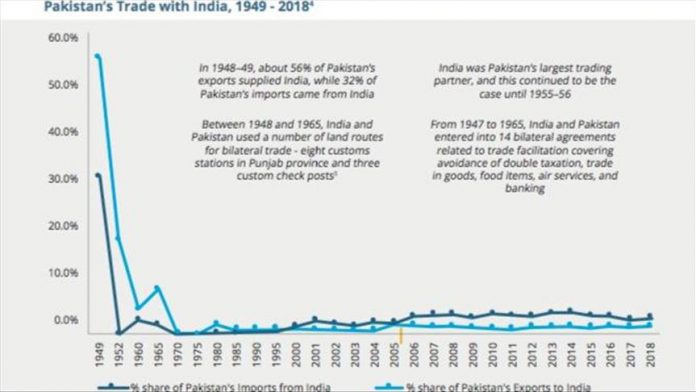 The tensions between India and Pakistan, resulting in snapping of trade ties have affected 50,000 people directly in India’s border city of Amritsar, according to a study conducted by an Indian research and consulting organization.

The Sikh holy city of Amritsar, in the northwestern Indian state of Punjab, 28 kilometers (17 miles) from the border, is losing 300 million rupees ($4.2 million) every month it used to earn because of the India-Pakistan trade through Attari-Wagah border.

The losses accounted for are collateral damages, not including the larger costs incurred by the traders, dealing in cross-border trade, said a study

‘Safe to continue breastfeeding, even if mother is COVID-19 positive’