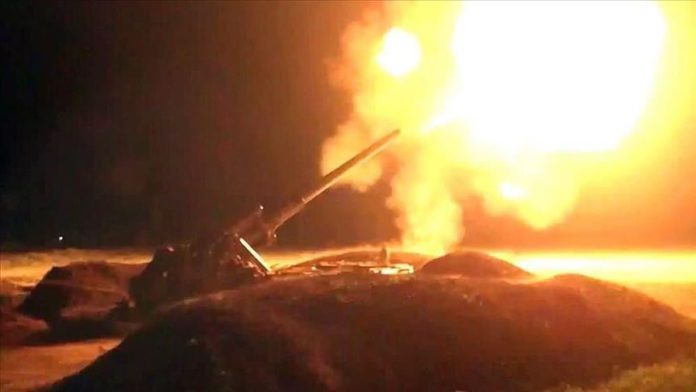 Azerbaijani troops continued to inflict heavy blows to the Armenian military amid ongoing border clashes between the two countries.

Azerbaijani artilleries destroyed the command and observation zone of the Armenian army’s 5th Destroyer Regiment, one tank, and three guns, Azerbaijan’s Defense Ministry said in a statement on Wednesday.

It added that the Azerbaijani army continued combat operations on various directions of the front to expand its achievements from the last few days.

The Armenian army opened fire on the villages of Tartar, Barda, Agdam, Agjabedi, Fizuli and Jabrayil in the morning, and the Azerbaijani army gave the necessary response, according to another ministry statement.