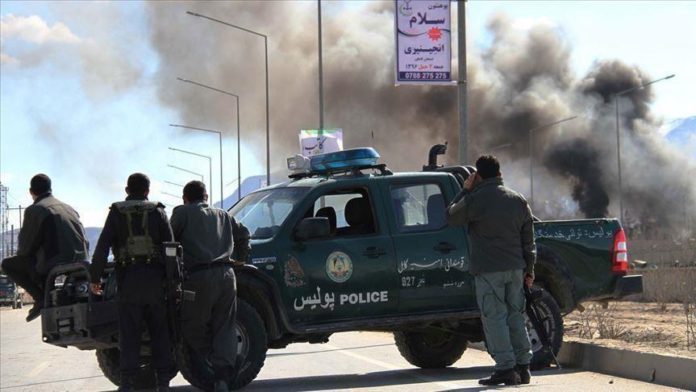 A senior pro-government religious figure and two civilians were killed in northern Afghanistan amid a string of landmine blasts in the country amid efforts to revive peace process.

The provincial police command in the northern Takhar province bordering Tajikistan said Abdul Samad Mohammadi, the head of the Ulema (religious scholars) Council, lost his life to a magnetic bomb attached to his car.

It said the incident took place in the afternoon in the provincial capital Taluqan city.

Local authorities have blamed the Taliban for the bombing, but the group has not claimed the responsibility for the attack.

Separately, a bomb blast in another northern province of Balkh bordering Uzbekistan claimed the lives of two civilians and left 16 others wounded.

Among the dead included a child and among the injured were three soldiers, the provincial administration said.

Parallel to efforts aimed at rejuvenating the peace process, Afghanistan has been rocked by targeted assassinations of government officials, prominent religious figures and civil society activists in recent months.

More than 4 million internally displaced persons (IDPs) in Afghanistan are living in extreme poverty and are faced with the impacts of war and the COVID-19 pandemic, Amnesty International said on Wednesday.

Based on a nationwide study, the global rights group said the pandemic has added to the extraordinary challenges that Afghanistan faces.

“With more than 90 percent of the country’s population already living under the poverty line, COVID19 has had a particularly severe socio-economic impact on the whole population but particularly the most marginalized including IDPs,” it said.

On Tuesday, three female members of polio vaccination team were shot dead by unknown assailants in the country’s eastern Nangarhar province on Tuesday.