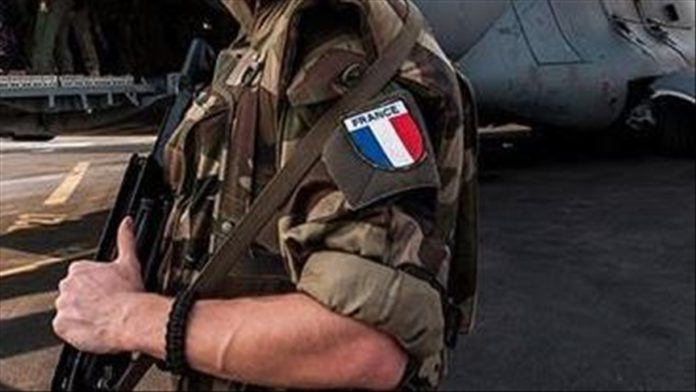 The incident took place when Brigadier-Chief Tanerii Mauri, Fighters 1st Class Dorian Issakhanian and Quentin Pauchet from the first regiment of hunters of Thierville-sur-Meuse were on an escort mission between Hombori and Gossi, near the border with Niger and Burkina Faso.

“Despite the immediate intervention of the medical team present in the convoy and the care provided, the three soldiers could not be revived,” a statement from the Defense Ministry said.

Further air and ground reaction forces were deployed to guarantee the protection of the forces, it added.

Defense Minister Florence Parly said: “The soldiers died while engaging in an area where terrorist groups attack civilian populations and threaten regional stability as well as our own security.”

President Emmanuel Macron while paying tributes to the fallen soldiers also reiterated the country’s determination to continue the fight against terrorism.

In November, the French armies and Malian forces launched a third joint operation in the northern region of Gossi.

Since the launch of Operation Barkhane in 2013, 47 French soldiers have died.

More than 5,000 French soldiers are deployed under Barkhane which is led by France alongside the G5 Sahel countries: Burkina Faso, Mali, Mauritania, Niger and Chad to fight against armed terrorist groups in the region, particularly Al-Qaeda in the Islamic Maghreb and Daesh/ISIS in the Greater Sahara (EIGS).​​​​​​​