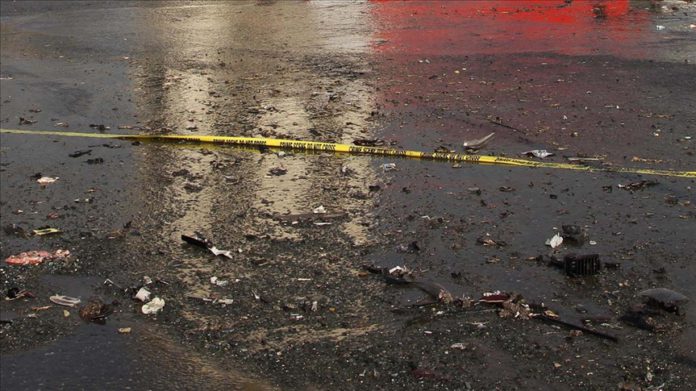 At least five people, including four doctors at the Afghanistan’s main prison facility, were killed and two others injured in a bomb blast in the capital Kabul, officials confirmed on Tuesday.

The incident took place in Doghabad neighborhood during morning rush hour when the doctors were on their way to the central Pul-e-Charkhi prison facility, Firdaus Faramarz, a Kabul police spokesman, told Anadolu Agency.

He said the doctors were targeted with a bomb attached to their vehicle.

Dr. Nazifa Ibrahimi, the acting head of the health directorate of the prisoners’ affairs authority, was among the five killed in the explosion, the authority said in a statement.

A woman and a child passing by the blast site were also injured.

There has been no immediate claim of responsibility for the attack as a string of identical targeted assaults rocked the war-ravaged nation.

At least nine civilians were killed and many more wounded in a similar blast in Kabul on Sunday aimed at targeting a member of the parliament.

On Thursday, the UN secretary general’s special representative for Afghanistan said civilian casualties caused by improvised explosive devices surged by over 60% in the past two months.

This came as the ambiguous peace talks between the Afghan government and the Taliban in Qatar’s capital Doha are paused for at least three weeks.

The talks are aimed at ending the nearly two-decade-long conflict following a landmark peace deal between the US and the Taliban inked earlier in February that calls for the withdrawal of all foreign troops from Afghanistan.​​​​​​​