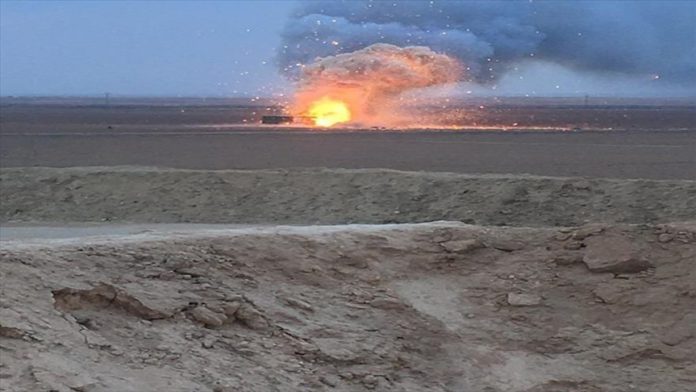 Two bomb-sniffing dogs have prevented a major attack against the civilians living in an area that falls under Turkey’s cross-border anti-terror operation in northern Syria, Turkish authorities said on Thursday.

According to the National Defense Ministry, Turkish soldiers detected a suspected vehicle in the al-Kantara region, 20 kilometers (12.4 miles) away from Manbij.

After the bomb dogs Ban and Tim reacted to the same area in separate searches, a bomb disposal team defused the explosive-laden vehicle through a controlled explosion.

The examination found that the vehicle contained 25-30 kilograms (55-66 pounds) of explosives with very high explosion power that could kill tens of innocent people.

The ministry also shared a video on Twitter showing the dogs searching the area and the controlled explosion.