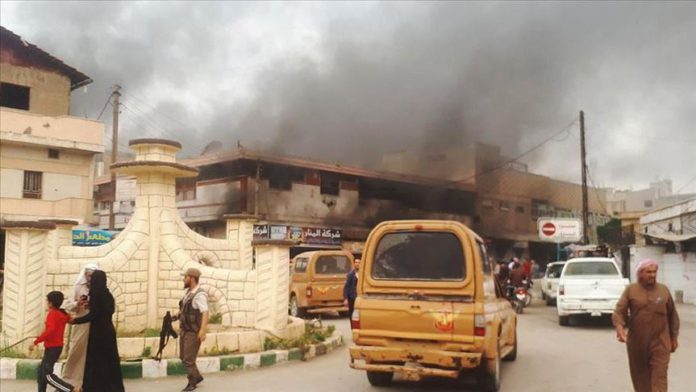 The explosives detonated near the town post office, according to the sources, who asked not to be named due to restrictions on speaking to the media.

At least 21 people — mostly children and women — were injured in the attack and referred to the closest hospital.

Just after the blast, an explosives-laden motorbike exploded near the town’s entrance, where no casualties were reported.

The local security forces are considering the possibility that the YPG/PKK terror group might be behind the attack near Turkey’s southern border.