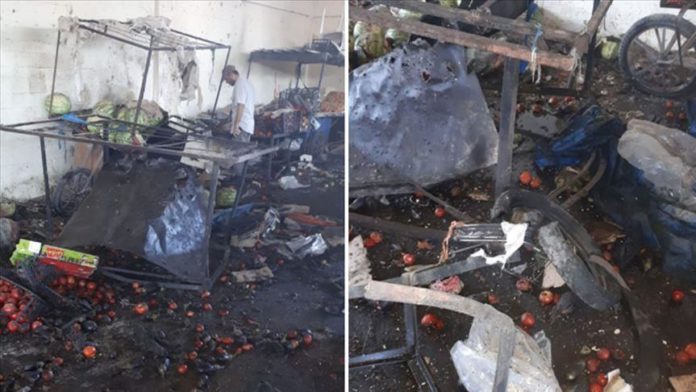 “Terrorists, enemy of humanity, detonated an IED [improvised explosive device] they planted in the market place and massacred five civilians, injured 12 others,” the ministry said on Twitter.

It added that the YPG/PKK once again targeted innocent civilians to disrupt the peace environment in the Operation Peace Spring area.

The explosion took place in the center of Ras al-Ayn, a city near the Turkish border.