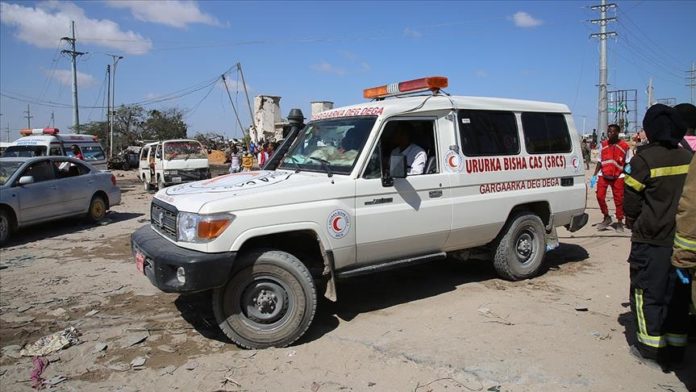 At least three people were killed and seven others injured in a bomb attack targeting the Somali prison chief in the capital Mogadishu on Thursday, police said.

Mahad Ibrahim, the prison chief, survived the attack carried out on the busy Abdi Qasim Road in Mogadishu.

The attack follows a spate of bombing in recent times mostly targeting security officials and civilians.

Action on Armed Violence (AOAV), a UK-based research institute that has followed explosive devices’ attacks in Somalia for decades, on Wednesday released a report on the rising use of explosives in Somalia.

The report said that 93% of civilian deaths in Somalia in 2019 were caused by explosive devices used in populated areas.

The report warned of more bomb attacks by al-Shabaab in the Horn of Africa country.

The militants have frequently attacked hotels, restaurants and cafes in Mogadishu.​​​​​​​